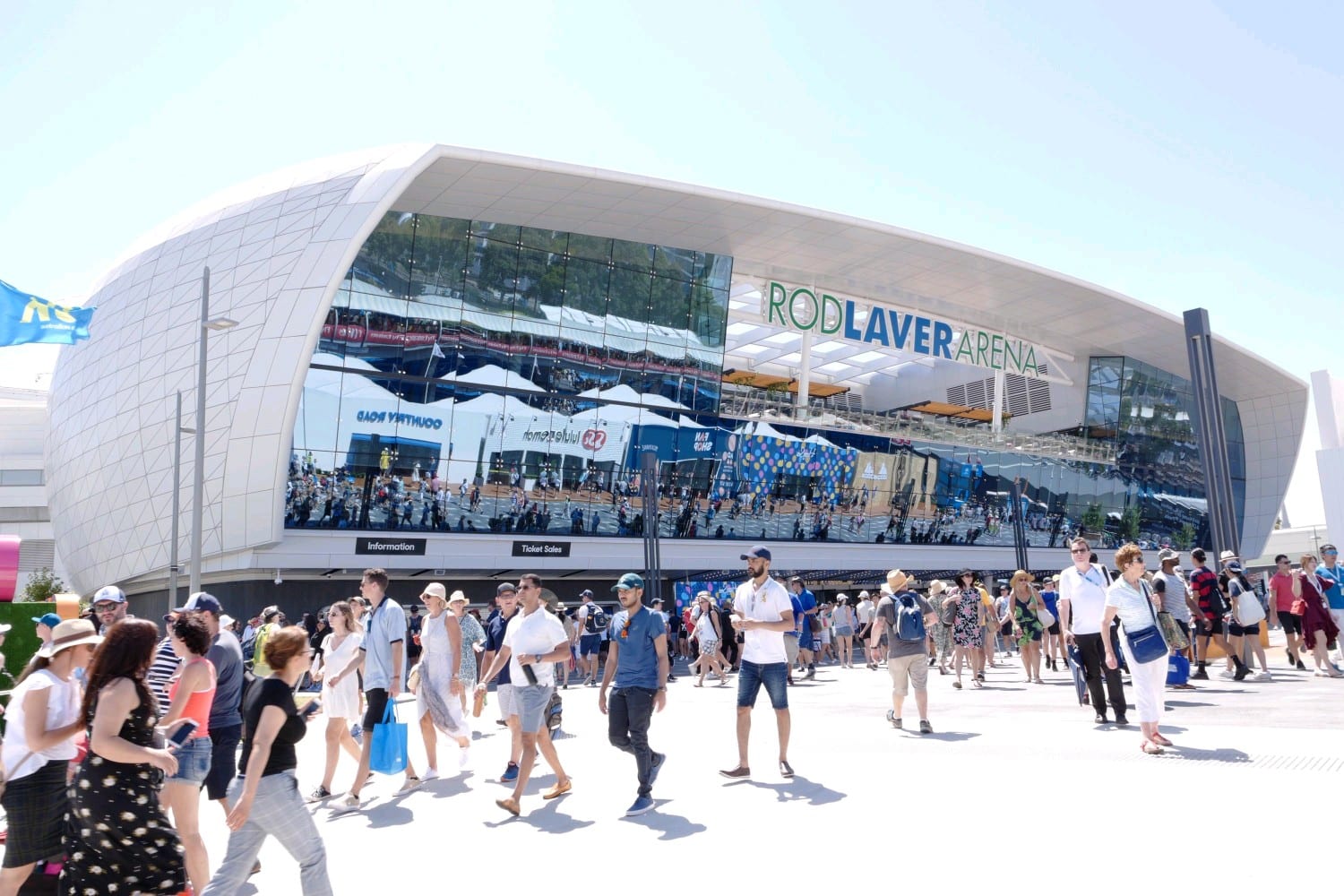 Master Builders Victoria has announced the winners of the 2020 Excellence in Construction Awards.

Each awarded project is selected for displaying exceptional craftsmanship and standards of excellence. Eight commercial projects were awarded in categories from under $3 million to over $80 million, alongside a Master Builder of the Year and Young Builder of the Year.

Master Builder of the Year

Awarded for the delivery of the Rod Laver Arena refurbishment, a key aspect of the Melbourne Park redevelopment, a three-stage project being completed over the course of 10 years.

$972 million in funding was provided by Development Victoria for the project, which secured the Australian Open as the park’s landmark event until 2036. One of the main objectives of the redevelopment is to increase the park’s capacity to cater for growing Australian Open crowd numbers, as well as improving comfort for both players and spectators.

Construction of the new RLA Eastern Annex was completed in time for the 2019 competition. Lendlease has successfully delivered the first two stages of the park redevelopment, with practical completion of Stage 3 due for 2023.
This project was also awarded in the Excellence in Construction of Commercial Buildings – over $80M category.

Young Builder of the Year

Charlie’s construction experience in the healthcare sector has earned him high praise, having worked on projects valued up to $60 million including Sunshine Hospital and St John of God Geelong Hospital. Charlie began his career at Kane as a cadet in 2010 and has swiftly risen the ranks, working as an Estimator, Contracts Administrator and now Project Manager.

Excellence in Construction of Commercial Buildings under $3M

The project involved restoration of an existing sandstone building and construction of an additional commercial kitchen and staff areas. The challenging project was delivered on time with minimal disruption to neighbouring businesses and the public.

Construction of the new radiation facility has enabled Shepparton residents to receive daily  care locally, where previously they would be required to commute to Albury, Bendigo or Melbourne.

The new facility was officially opened in February 2020.

Awarded for Her Majesty’s Theatre Ballarat Heritage restoration, conservation and preservation works. The refurbishment of the space, Australia’s oldest continually operational theatre, was funded in part by the state government.

The scope of the project included emergency structural repairs to the stage, dressing rooms and sloping stage floor. Other superficial works included repainting the theatre to its original heritage colours and repair and replacement of carpet.

The theatre’s heritage status meant the project had to be carefully planned and executed to ensure the integrity of the building was maintained, whilst meeting modern safety standards.

Awarded for the Regent Theatre Refurbishment, which involved the extensive refurbishment of certain areas in the heritage-listed Collins Street building – namely upgrading the auditorium to meet contemporary standards.

The project was funded by theatre operator Marriner Group in collaboration with the state government and City of Melbourne. The restoration included the addition of 192 additional seats, and upgraded foyers with restored ornate plasterwork and the original chandelier. The restoration was completed in December 2019.

Awarded for Albert Street Richmond, a seven-level office development for Cremorne Properties Pty Ltd. The commercial project was designed by Bates Smart architects and was delivered in the space of 15 months.

The build included the late-stage addition of a glass-enclosed pedestrian bridge linking an adjoining office building to enable a single tenant to expand its office space without the need for relocation. This required extensive negotiation with Yarra council for air rights, fire engineering and separate building permits.

The build included a 50m Olympic-size swimming pool with a moveable floor that can adjust the water depth for different aquatic programs.

The centre includes spectator seating, changing rooms, a spin class room and other amenities. The $25 million project also included refurbishment of existing facilities and was delivered in 18 months.

The upgraded Ozanam House, operated by Vincent Care, provides 10 levels of accommodation, with 134 rooms, health and social support services including a medical clinic with dental care for men in need.

Construction also included a ground floor hub with multi-purpose spaces and shared amenities such as a gym, cafe and IT facilities and an outdoor courtyard. 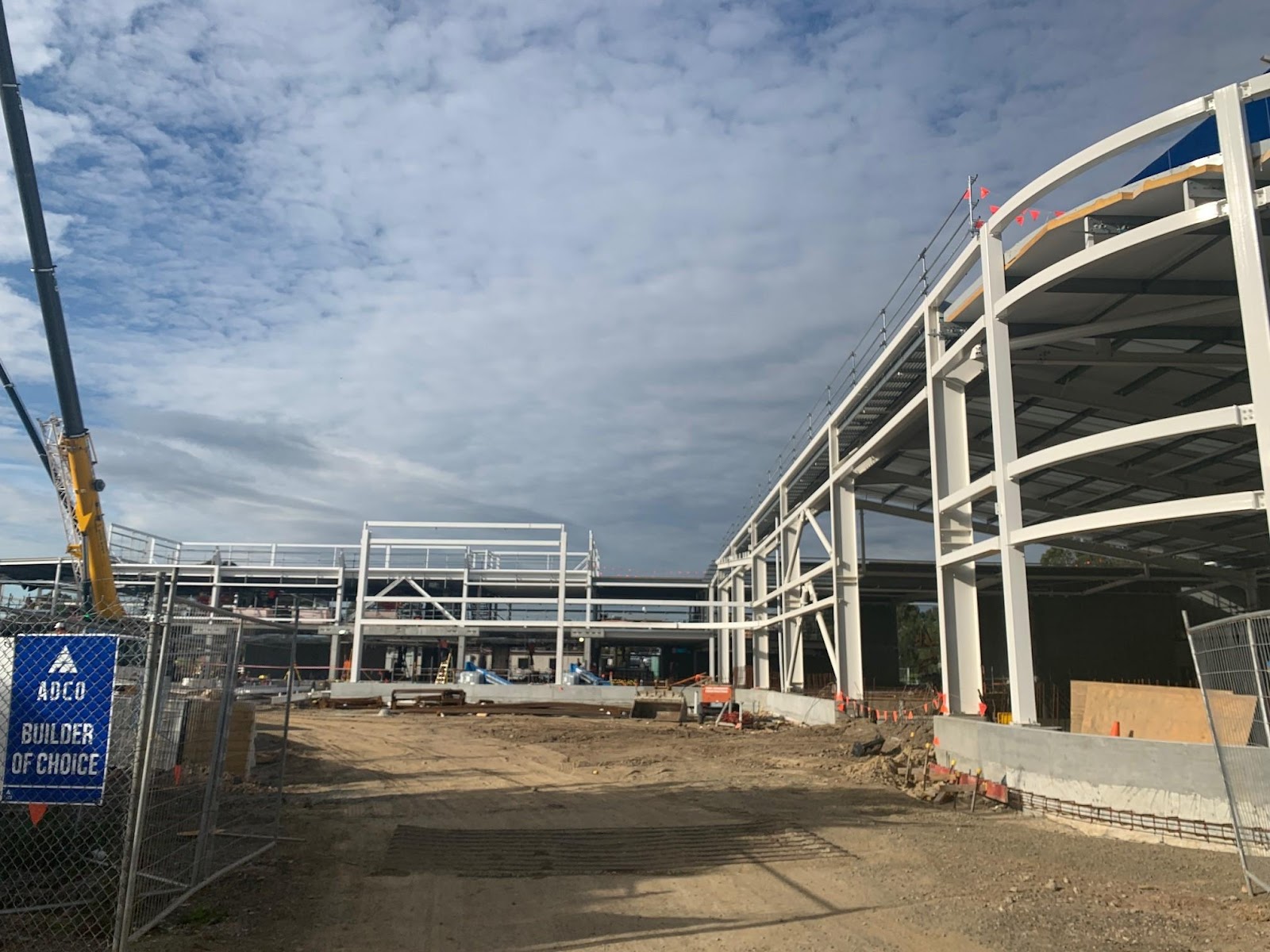 Awarded for the Gippsland Regional Aquatic Centre in Traralgon. The scope of the build included demolition of the existing aquatic centre, and construction of an Olympic length swimming pool with 500 spectator seats. ADCO was awarded for its strategic approach to consultation with workers and the community as a means of mitigating risk.

The site’s placement posed a number of challenges, thanks to its proximity to neighbouring properties which include a primary school and kindergarten amongst residential properties.

Awarded for the State Library of Victoria redevelopment. The scope of the refurbishment included creation of dynamic new spaces to increase the library’s capacity, as well as the refurbishment of the historic Ian Potter Queen’s Hall.

Other additions to the library include an exhibition space, a conference centre and a dedicated childrens and youth facility. The refurbishment was completed in conjunction with Development Victoria, and posed extra challenges thanks to the building’s heritage status.

Excellence in Construction of Industrial Buildings

The facility’s structure is a steel portal frame that is designed to maximise space. The project embraces vibrant colour and which make the facility stand out in the surrounding area, home to many leading global brands.

Awarded for Prahran Square situated on the old Cato Street car park site and considered one of the largest and most ambitious projects undertaken by the City of Stonnington.

Awarded for the Frederick Street Apartments in Doncaster, designed by Clarke Hopkins Clarke.

The scope of the project included construction of 42 apartments across five levels, with a basement car park. The luxury residences include design features such as curved balconies and interior high end finishes.

Awarded for Pace of Abbottsford, a 133-residence apartment complex set across 11 storeys.

The build consisted of the demolition of the existing St Crispin House building, whilst maintaining the heritage facade, creation of three levels of basement car parking and construction of communal facilities including a rooftop pool deck, lounge area and gym.

Awarded for Burwood Brickworks. Hacer was tasked with creating the shopping centre with three major tenancies, three mini-major tenancies, a cinema and 40 specialty store tenancies. Hacer was required to meet stringent environmental criteria to satisfy the needs of the Green Building Council of Australia and International Living Building institutes.

The exterior of the building was made from prefabricated recycled crushed brick, salvaged brick work, salvaged timber and windows. The centre also includes a 2,000 sq m urban farm tenancy to grow food for both community and commercial groups.

Master Builder of the Year – Lendlease

Excellence in Construction of Commercial Buildings: