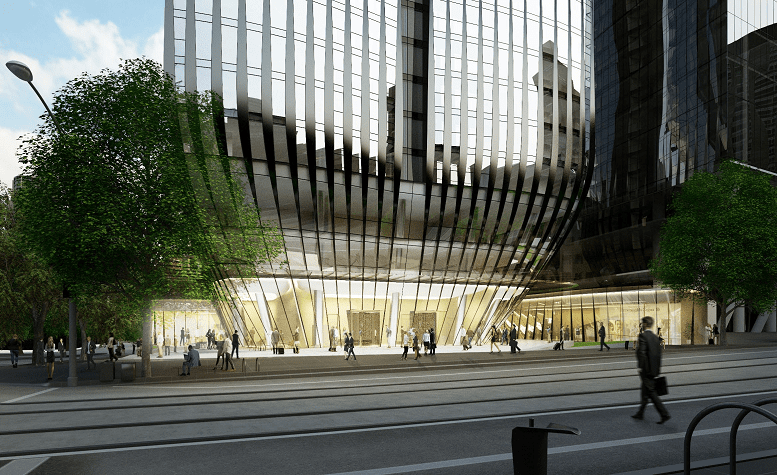 Construction on Amazon’s Australian headquarters has commenced at 555 Collins Street. The $1.5 billion office project is being developed by Charter Hall, who secured Amazon as anchor tenant last year.

Lendlease is leading the construction of the precinct, with more than 1,500 jobs estimated to be created on the build of the first tower alone.

Amazon’s commitment to the office development was enough to trigger construction on the first tower, which will comprise 48,000 square metres and cost around $750 million. Amazon will take up about 15,000 square metres.

A second, 32,000 square metre tower will accompany the flagship building, with both to accommodate around 4,500 people, which Charter Hall hopes will encourage businesses to return to work in the CBD.

Plans for the development pre-date the pandemic, however the twin tower commercial precinct’s design, completed by Cox Architecture and Gensler, hasn’t changed.

The Collins Street development was fast tracked by the state government last year as part of an economic recovery effort to get big-budget construction projects underway during Melbourne’s second lockdown.

The Victorian Government announced a $1.2 billion budget to accelerate priority construction projects in May last year.

The buildings have been designed with sustainability at front of mind, attracting a 6 Star Green Star, a 5 Star NABERS and a Platinum WELL certification.

The precinct will have a people-centric design focus, intended to foster community and collegiality, and attract CBD workers to return to the office more frequently.