Melbourne’s booming commercial sector is not looking to slow down any time soon, with the Australian Construction Industry Forum predicting one more year of prosperity before a potential downturn.

According to Macromonitor, following growth in 2020, the non-residential building sector will have experienced growth of 26 per cent in four years.

Macromonitor economist Natalie Keogh said a number of large projects coming to completion, combined with a reduction in government spending and less need for commercial building space will lead to a substantial downturn following the 2020 peak.

“We expect a downturn of around 14 per cent over a three-year period,” Keogh said.

Government spending in Victoria has undoubtedly contributed to the recent surge, with major projects including the Victorian Schools Building Scheme, which promises to open 100 new schools by 2026, and cost $6.1 billion, well underway.

The growth can also be attributed in part to a rise in warehouse construction in Victoria and NSW, which is predicted to peak at above $4.5 billion-worth by the year’s end.

Macromonitor’s Australian Construction Outlook - Non-Residential Building report said "the relatively large amount of warehouse building in our forecasts will be underpinned by the drive for improved efficiencies, e-commerce and growing demand due to population growth in Victoria and NSW."

Entry to the market of a number of international brands such as Amazon and Kaufland has facilitated a growing need for larger, better-equipped warehouses and logistics facilities in Melbourne’s outer suburbs.

"Melbourne’s west is seeing the introduction of 'super shed' warehouses that are over 20,000sq m. An increased storage demand for the growing number of port containers in Melbourne is also expected to support warehouse construction over the next decade," the report said.

To hear construction news before the rest of the industry, sign up to industry news below, before the start of the next article. 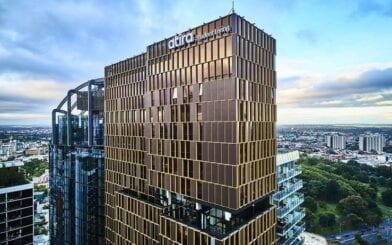 Hickory Takes Next Step in Relationship with Mace