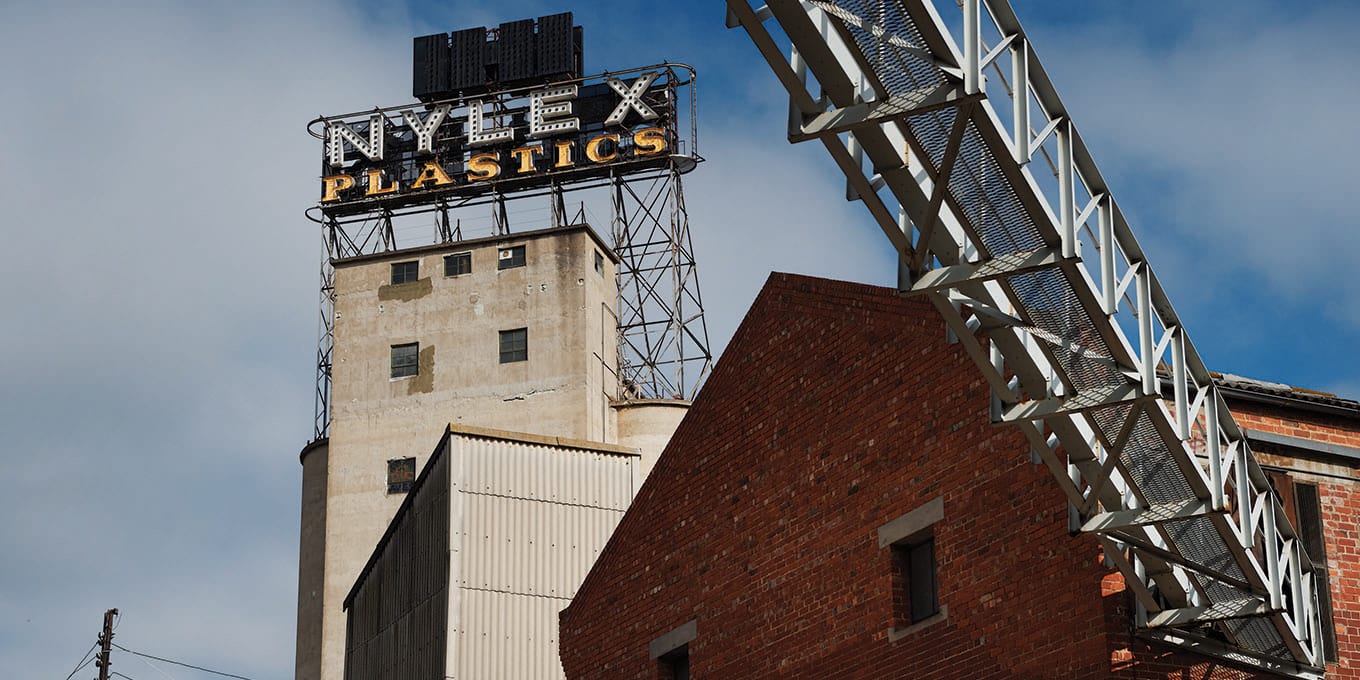 After a rocky and controversial battle to secure the site, developer Caydon and builders Probuild are finally set to commence construction at the heritage listed Malt District in Cremorne. The site is home to the historic Nylex clock, a neon sign and clock sitting atop two silos.

The $1 billion redevelopment project promises to provide hundreds of new jobs during its estimated five-year construction timeline. After completion, the site will comprise a nine-level office tower, and an apartment tower with shops and restaurants planned for ground level.

The final structure will have the iconic Nylex clock atop extended concrete silos, which were once used by Victoria’s VB. The 12 and 15 split level Coppins Corner tower will house more than 200 apartments in total, and the site will also include a microbrewery and a public space curated by landscapers Oculus.

The Malt District on Gough Street became the site of much controversy over recent months, after it was hit with security incidents, including trespassing and a fire. As a result, Heritage Victoria served developer Caydon with a notice to address the ongoing threats to the iconic Melbourne district or face $770,000 in fines.

Since receiving the notice, Caydon responded to Heritage Victoria’s notice by presenting its effort to protect the the Richmond Maltings site. This included permanent on-site security at night, additional drive-by and walk-through patrols, and repairs to fencing and gates to keep intruders out.

Due to the intervention by Heritage Victoria, designs for the redevelopment have changed significantly from earlier proposals. Caydon’s original plans to demolish the silos have been overturned in favour of retaining over half of the existing silos, including those displaying the Nylex clock.

The original site with established in 1962 when the Nylex clock first became a stalwart of Melbourne’s skyline, much loved by the community. The Nylex clock will go into storage until construction is complete, when it will finally undergo restoration and return to use.

Chief operations officer at Caydon, Jarrod Stratton, announced that the company were thrilled to be able to commence construction at the renewal site.

“Construction starting brings us a step closer to the site being brought back to life, and of course the eventual restoration of the Nylex clock,” said Mr Stratton.

The site has been described by Caydon as ‘Melbourne’s newest creative heart’, retaining its industrial start-up feel.

Among the hundreds of businesses which will call the Malt District home, it is believed that Australian multinationals MYOB have secured tenancy of the 9,000 square metre office tower.

Find out where the jobs are. Join Conecta today.