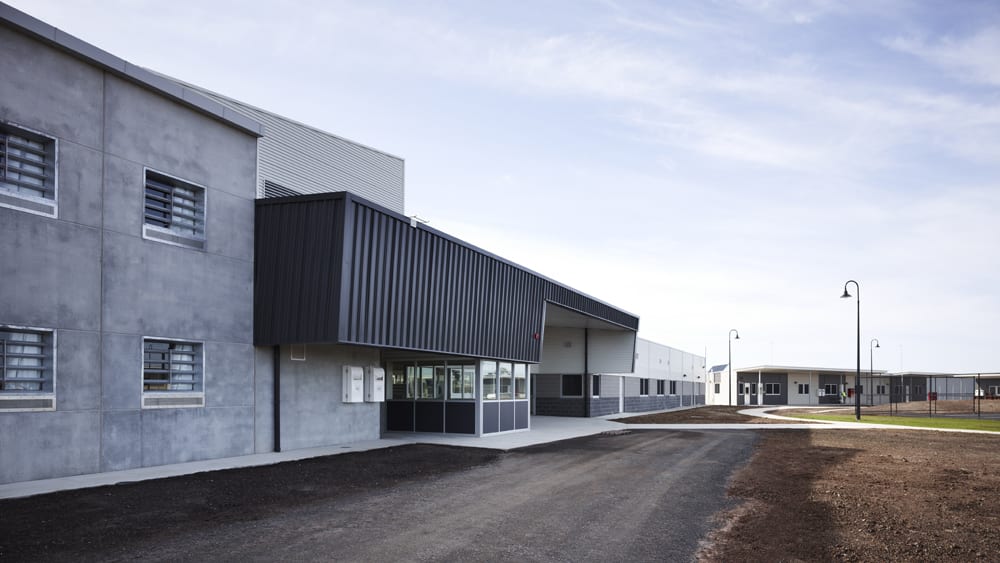 Tender submissions have been received for the Dame Phyllis Frost expansion, budgeted at $74m.

The expansion will develop the maximum-security women’s prison which is based in Victoria’s north-west region of Ravenhall.

The Department of Justice will award the contract in July of 2020 to later commence building in October 2020.

The development will require the construction of a prisoner reception building, a program and recreation building including a telecourt and legal/resource area, and a temporary medical centre. The project also requires renewed security elements for this expansion, including a perimeter fence and electronic security.

The Minister for Corrections sought funding to expand the quality of Victorian prisons, particularly the Dame Phyllis Frost Centre which is estimated to have a shortage of over two hundred beds by 2023.

Kane Constructions also delivered a $50m expansion to the Youth Justice centres in Parkville and Malmsbury. The project involved building new accommodation for over 50 beds, landscaping and building recreational buildings such as a basketball court.

Ireland Brown have a strong background in corrections projects, completing the Karrenga Prison valued at $88m and currently delivering the Fulham Correctional Centre Expansion Project which is valued at $65m.

Watpac and Adco have all delivered high-impact, state-based projects with multi-million dollar budgets.

The completion of the project is aimed at early 2022.