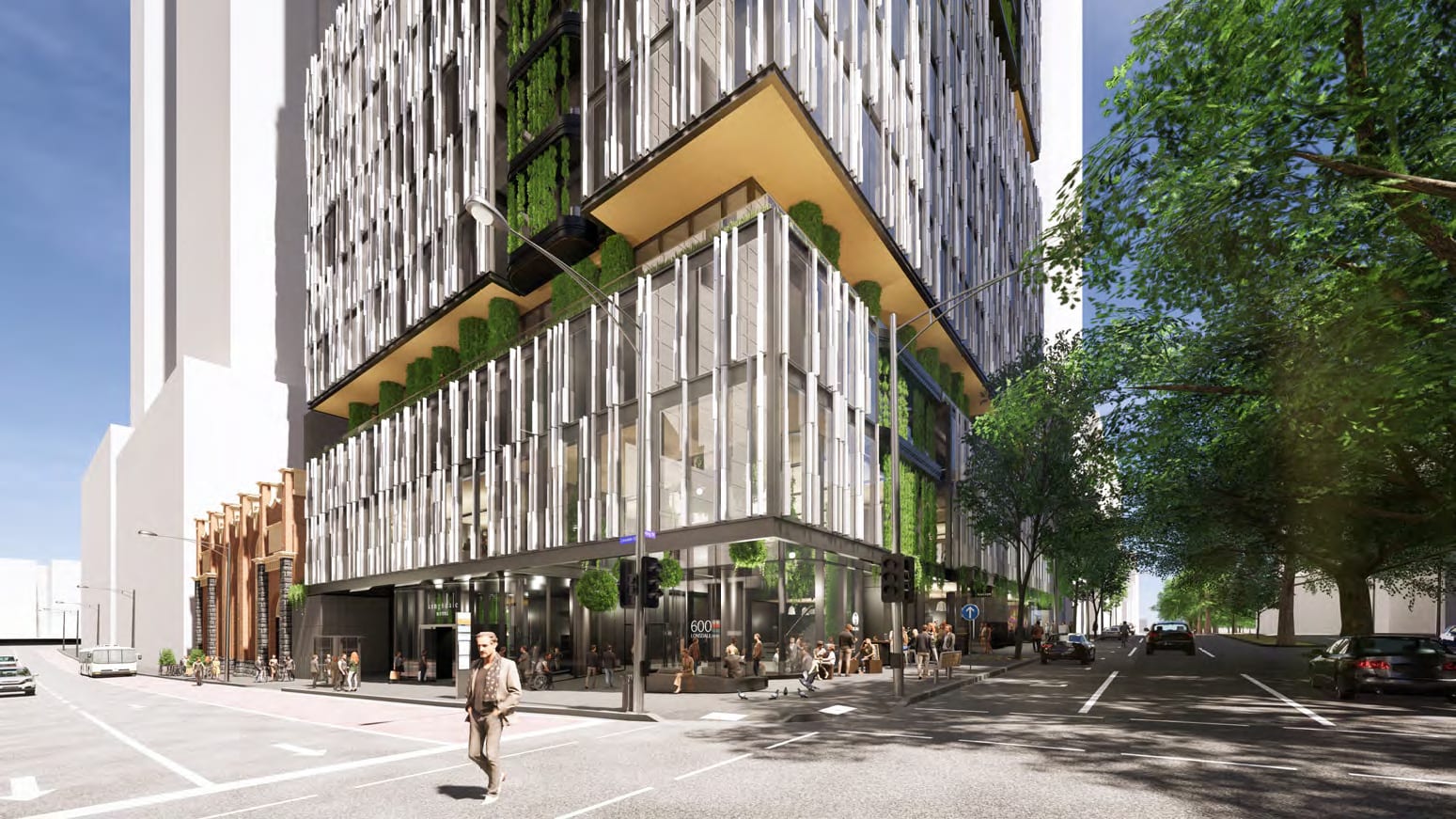 The green light has been given to develop a 40-storey mixed-use tower at 600 Lonsdale Street to the value of $500m.

The skyscraper will be led by Andy Zhang and sees redeveloping a 1920’s industrial site into a tightly stacked tower to accommodate 280 hotel rooms and over 24,000 sqm of CBD office space.

The hotel has been co-designed by the Chicago-based firm Skidmore, Owings & Merrill which is best known for building New York City’s World Trade Centre, and Melbourne architecture firm, Fender Katsalidis.

According to James Pearce, Director at Fender Katsalidis, Melbourne’s legal precinct is seeing a rejuvenation with an increase of developments moving into the CBD’s west.

In May we referenced that the state government had allocated $1.2b of funds to support the fast-tracking of projects. This tower was included in that budget.

According to the Australian Financial Review, the site was once purchased for $1.1m in 1984. In 2018 Andy Zhang paid $48m for the site which is not a heritage-listed building.

Related news: Victorian Government Dedicates $1.2B to Fast-Tracking of Projects

Multiplex, Hickory, Icon and Probuild are expected to tender for this project.

Probuild has a suite of established CBD projects including the tallest mixed-use tower, Aurora Melbourne Central, valued over $700m, and most recently, transforming the old Age Newspaper site into West Side Place — a private development of 1,376 apartments and 263 hotel rooms.

In our recent story we reported that Multiplex, Hickory and Probuild are expected to tender for Melbourne’s Bourke St. Walk Arcade Expansion.

Andy Zhang has also indicated his plans to develop a 15-storey tower at 128-144 Wellington Street, Collingwood.