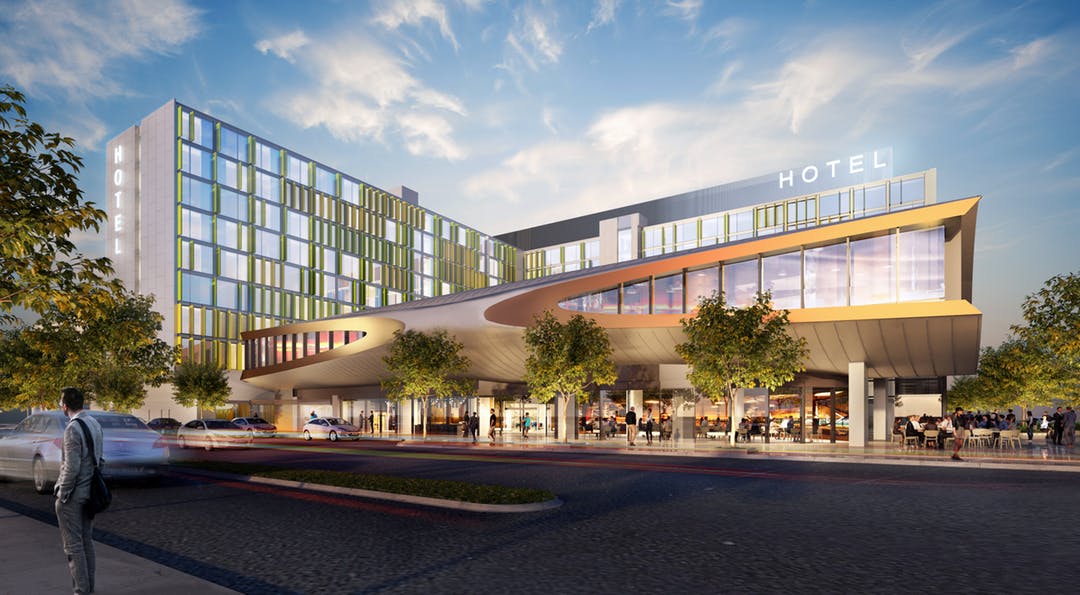 Built began construction on a new dual-branded hotel at Melbourne Airport this week.

Commencement of the project marks the first hotel development at Melbourne Airport in almost two decades.

The hotel, designed by Fender Katsalidis with interiors by Woods Bagot, is slated for completion in 2021, and is being constructed by Built.

The hotel is part of a larger mixed-use development named The Hive, to be situated in line with a new terminal five building.

Also featured in the precinct will be a child care centre, to service the airport’s 20,000-odd staff, and between 1,000 and 10,000 sqm of office space for the Commonwealth Border Force and Agriculture departments.

According to Melbourne Airport chief of property Linc Horton, the development is set to “bring economic and social benefit to the [Melbourne] region through increased hotel accommodation, fantastic new recreational areas and employment opportunities.”

Fender Katsalidis director James Pearce said the hotel will “act like a village centre and a gathering place to support the airport community in addition to travelers.”

The hotel will join the existing cluster of airport hotels including Parkroyal, Holiday Inn and Ibis Budget.

The project aims to meet the demand of increased traffic to Melbourne, with forecasts predicting the airport will service 70 million passengers a year by 2038.

The development will be Accor Pacific’s second dual-branded property in Melbourne, the first being the Melbourne Central joint Novotel and Ibis set to open in December.

Staying on top of the latest in construction industry news is easy with Conecta. Create your free profile today.