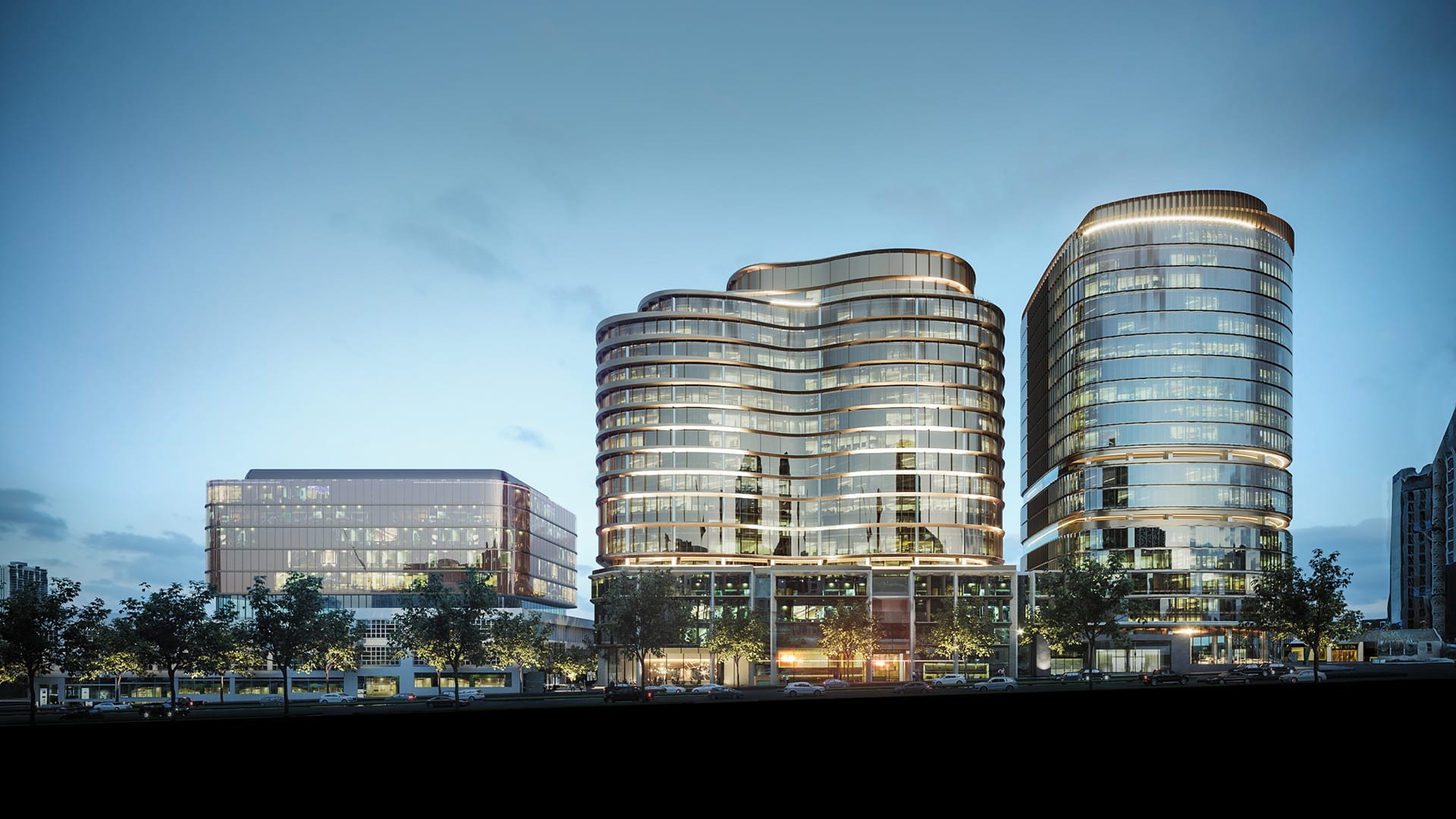 Shortlisted builders include Multiplex, Icon and Probuild. The new plans were unveiled in December, another residential project abandoned in favour of a mixed-use development in light of Melbourne’s apartment downturn.

Originally planned for a $208 million, 1000-home complex; the site at 611-697 Elizabeth Street will feature three commercial towers designed by Cox Architecture and Gray Puksand. PDG purchased the site two years ago, as Toyota looked to leave the inner city in favour of outer suburbs.

Standing between 10 and 21 storeys tall, the towers will aim to capitalise on its proximity to the University of Melbourne, as well as the new Parkville station resulting from the Metro Tunnel project.

One tower has been planned as a medical research and development centre, along with office and retail space while another office tower has been proposed at the neighbouring Bob Jane T-Mart site.

“Given its proximity to the biomedical precinct, we thought it would be sensible to do something which would enhance and provide opportunity for people in that industry to be located near to the infrastructure the government is spending a lot of money on,” PDG’s Vince Giuliano told The Australian Financial Review.

PDG has described Elizabeth North as a “dynamic new precinct” that will provide the so-called Innovation District with “world class amenities.”

“The vision to create a centre for commerce in this future-focused district has been driven by an understanding of the surrounding area’s needs informed by thorough research and conceptual development,” they said.

Construction is anticipated to kick off in the coming months, with completion for each stage to be staggered from 2020 to 2022.