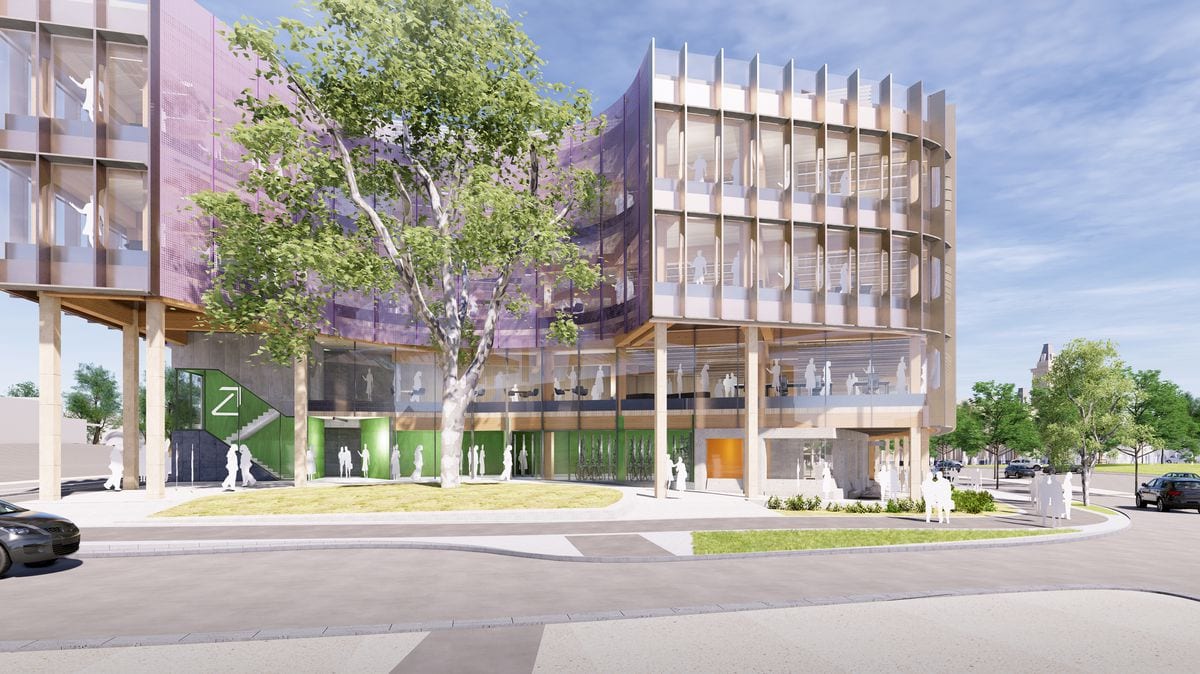 The state government has opened expressions of interest to contractors for a new GovHub in Bendigo. The project is expected to cost $90 million and create 100 new construction jobs.

Construction is expected to begin mid-year, following the successful appointment of an experienced contractor.

Under Victorian legislation, the project must be completed using local businesses, materials and skills.

The four-storey building will have a sustainability and wellbeing focus for the 1,000 council and state government workers it is set to house.

The Lyons Architects-designed GovHub will feature ground floor community spaces, a concierge with a customer service area, a cafe and space for local and heritage art exhibitions and areas overlooking the city.

Another key consideration for the project is connectivity, with open spaces designed to bridge the building with existing surrounding civic precincts.

Watpac, who has worked with the government recently on the Victorian Schools Project is expected to express interest.

Icon has also completed work for the government, including the LaTrobe regional hospital and the Parliament House Office Accommodation Project, making the Melbourne builder another strong expected contender.

Hansen Yuncken has recent experience in the region, having delivered the Kangan Institute’s Health and Community Centre of Excellence at the Bendigo campus.

A joint-venture of Kane and Nicholson Constructions commenced work on the Ballarat GovHub in early 2019, making the Melbourne builders strong contenders for the Bendigo project.

A second GovHub in LaTrobe Valley is being developed by Castlerock Property.

Expressions of Interest are open from now until February 21, after which a shortlist of candidates will be announced, with the project on track to commence construction mid-2020.