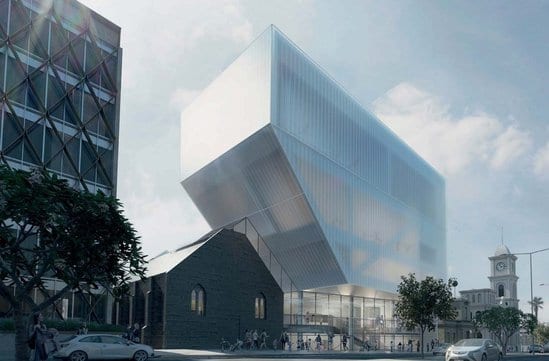 Tender submissions have been received for the $128 million redevelopment of the Geelong Performing Arts Centre (GPAC). Lendlease, Kane, Built and Adco are all in the running for the contract.

Funding for the project was allocated by the Andrews Labor government in the 2018 budget.

The works will make up the final stage of a three-phase redevelopment and will see the construction of a 500-seat theatre, 250-seat courtyard theatre, outdoor atrium and upgraded ticketing and dining facilities at the Little Malop Street location.

The project is expected to create 600 construction jobs, with a further 300 to be available upon completion.

Architecture, Urban Design, and Planning Services that had completed projects over $1 million were encouraged to tender for the project in mid-2019.

Kane Constructions is expected to be a frontrunner, given its previous involvement with the project, having delivered Stage 1, and general investment in the development of Greater Geelong.

The builder has recently won the contract for construction of a new $48 million headquarters for health fund GMHBA in Geelong’s CBD, and following the award-winning construction of the $120 million NDIA HQ on Malop Street.

Built’s experience in Geelong also makes it a prime candidate, having delivered the $93 million Worksafe building at 1 Malop Street.

Other close contenders for the tender include Lendlease and Adco.

Lendlease is currently at work on a number of high-profile projects, including the Melbourne Quarter precinct in the CBD’s west end, the Melbourne Tennis Centre redevelopment and the Melbourne Metro Tunnel.

ADCO’s portfolio, made up of a range of commercial, healthcare and government projects includes the $37 million Splash Aqua Park and Leisure Centre in Craigieburn, and the $25 million Victoria Police Operational Tactics Training Facility.

Construction on the centre’s final redevelopment stage is expected to commence this year, with an estimated completion date set for 2023.