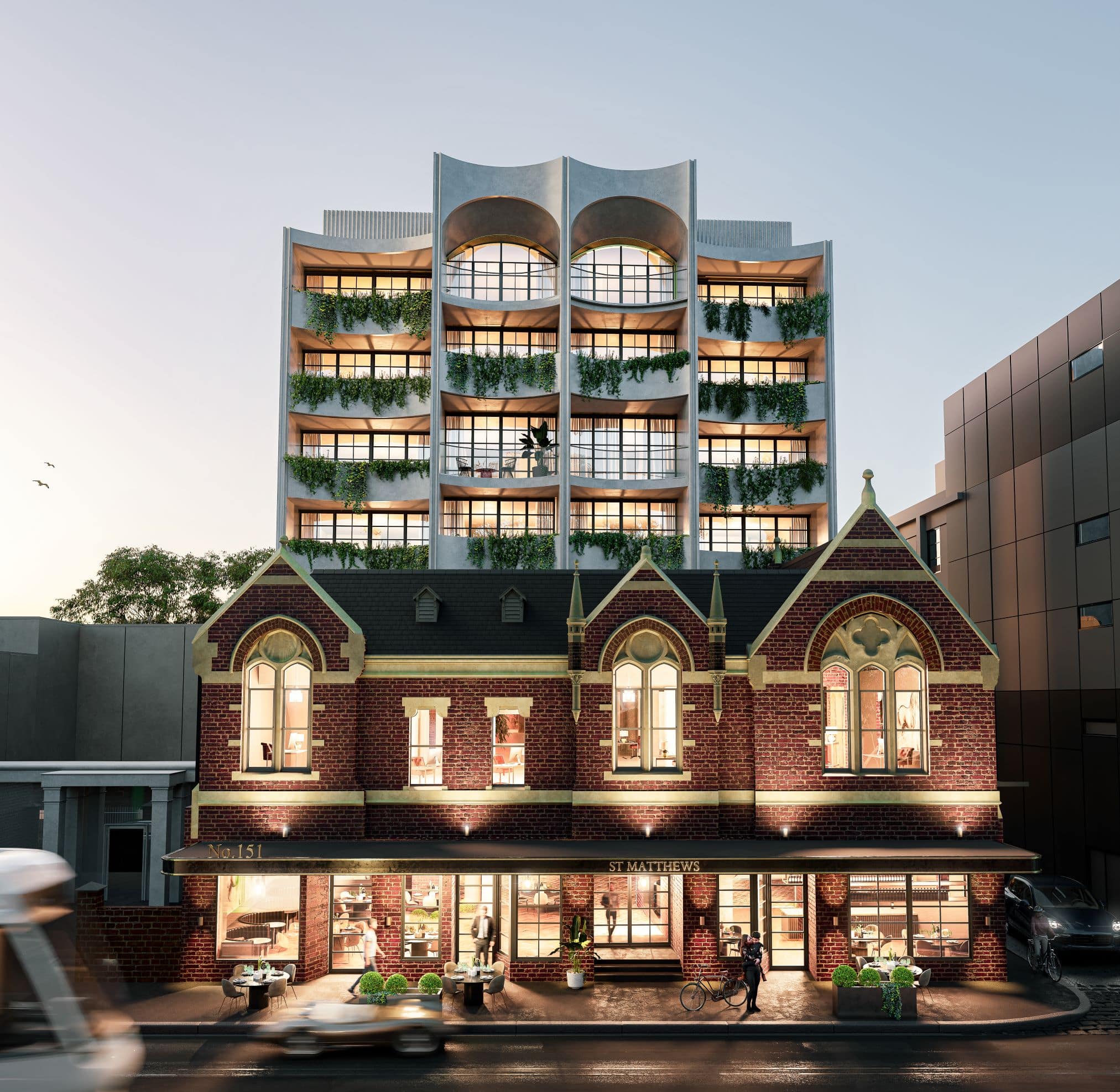 GURNER has acquired a second site for its Club Maison luxury residential and hotel club concept – a former Gothic Revival church and Sunday School hall on High Street in Prahran.

The former church, which was first built in 1891 and later repurposed to include shopfronts in 1936, attracted developer Tim Gurner for its heritage facade.

“The heritage significance of the sites is what really excited us about the opportunity to be able to create something that embraces its past and re-invigorates it for the future,” GURNER™ CEO Tim Gurner said.

Club Maison Prahran, which is estimated to have an end value of $40 million, will have 45 residences above the retained heritage building, a ground floor restaurant and bar within the High Street frontage and a level of Club Maison commercial space above.

Minicon, Camillo, Balmain&Co and Cobild are expected to tender for the project.

Balmain&Co’s current pipeline also primes it to tender for the Prahran project, with a number of luxury apartment projects nearing completion in Armadale, Hawthorn, Camberwell and Abbotsford.

Cobild is also a strong contender for the contract, with high-end residential projects across inner-city Melbourne being its specialty.

Warren and Mahoney has been appointed to design the project, which will draw upon the heritage features of the 130 year old church.

“The Club Maison project in Prahran will involve us honouring the beauty of the original façade and roof of the existing building – retaining and restoring its grandeur as we work to write a new chapter in its history,” Warren and Mahoney Principal Architect, Nick Deans said.

“The striking geometry of the gothic design has strongly informed our design for the residences, which take on a more contemporary feel and boast all the luxuries and amenities today’s discerning professional aspires to.

“Scalloped balconies and arched windows in the sky respond as a contemporary interpretation of the gothic façade below. Paired with steel framed windows and brass inlay detailing, the design creates an elegant silhouette in the skyline, whilst still allowing St Matthews to be the hero on the streetscape,” he said.

This will be GURNER’s second Club Maison development, the first, on Fitzroy Street in nearby St Kilda, having been announced late last year.