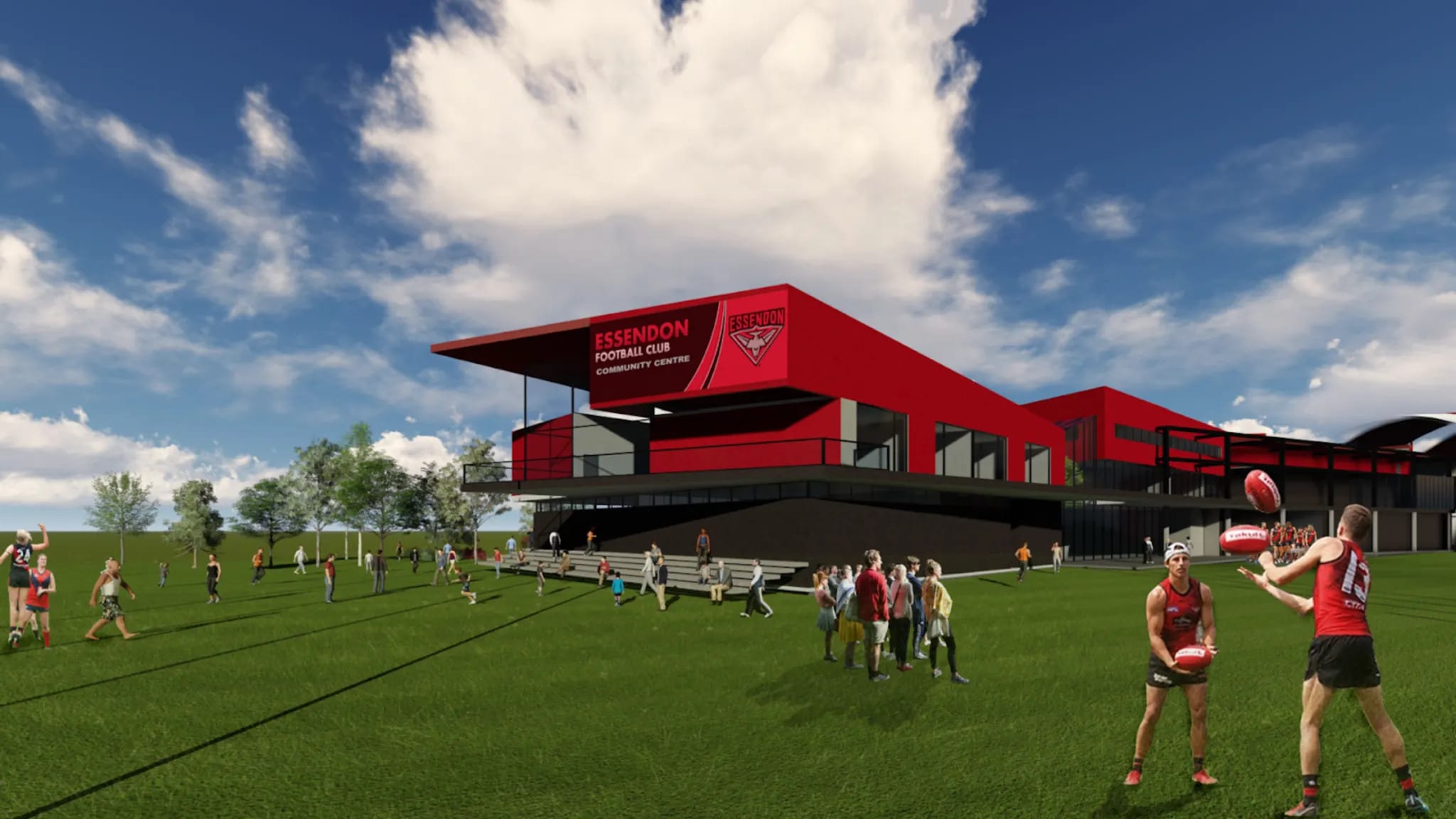 Harris HMC’s interiors team has been appointed the contract for the second stage of Essendon Football Club’s Hangar redevelopment.

The $15m project will include construction of learning and program delivery space, meeting rooms, health service spaces and development of female facilities to accommodate the club’s existing VFLW team and a potential future AFLW team.

Accommodation for immersive training camps offered by the Next Generation Academy will also be built, alongside a Sports Accelerator office space to house start ups in the sports entertainment and performance industries.

The first stage of the development saw Essendon partner with the Australian Paralympic Committee to create a new headquarters adjoining the club’s high-performance training and administration facility within land owned by Melbourne Airport.

$4 million from a recent $12 million federal government funding boost provided to Paralympics Australia will go toward the Hangar upgrade.

The upgrade is slated for completion by 2021, in line with Essendon’s 150th anniversary year.

Keeping up with the latest construction news and job opportunities is easy with Conecta. Creating your profile is free and takes minutes.