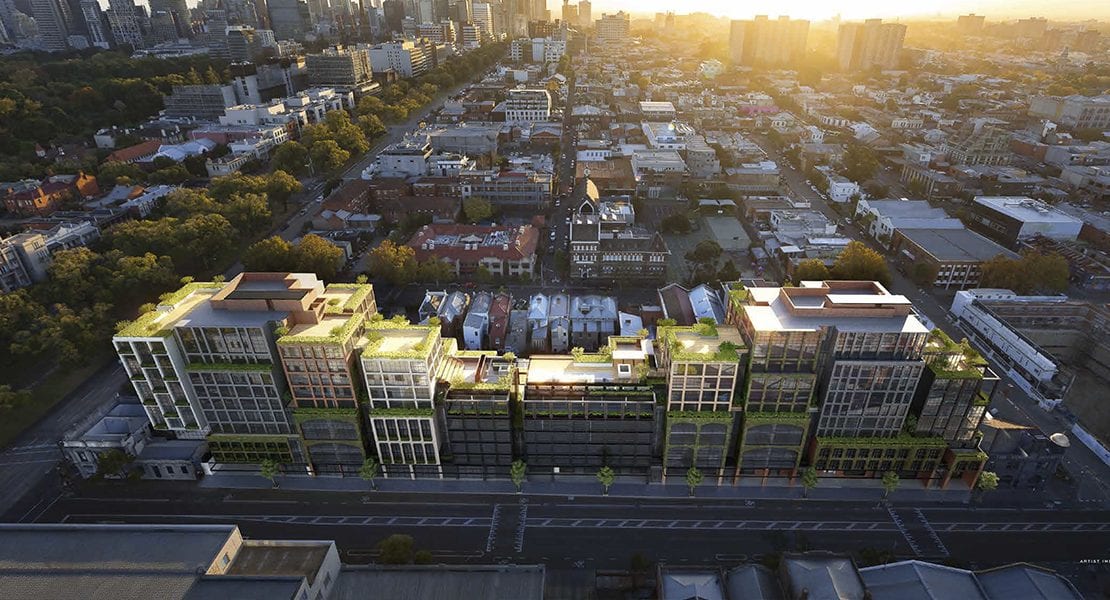 Tim Gurner’s mammoth Collingwood development Victoria & Vine, which will comprise an entire city block, will begin construction shortly, following the appointment of Hickory for the project.

The 200m street frontage will boast 11 retail spaces, including food and beverage offerings.

Offering a mix of one, two, three, four and five bedroom dwellings, the development is essentially all but sold, with 236 out of an available 241 apartments having gone for anywhere between $1.5m and $5.7m, and a penthouse sale of $7.5m, a record price for Collingwood.

The Cox Architecture-designed development is inspired by New York’s Meatpacking District, and references the iconic Collingwood Foy & Gibson warehouse in a number of the buildings’ reclaimed brick exteriors.

The development’s original design, which garnered backlash for it’s ‘Las Vegas’-style exterior, was scrapped and in 2018 a refined proposal was put forward and approved.

Gurner said hindsight proved the first proposal was not the right fit for Collingwood.

“Once we had received the initial outpouring of concern for the original design, [we] went back to the drawing board and started again.

“We have come full circle and are really proud of the way we have worked collaboratively to ensure the best outcome for the local area,” said Gurner.

Construction was originally slated to commence mid-2020, but has been brought forward following a $150m boost from ANZ.

Gurner acknowledged the recent apartment downturn, but said confidence in the owner-occupier market for luxury apartments helped secure the loan.

“Sophisticated investors are now seeing the huge drop-off in rental apartment supply as demand continues to rise… there’s no doubt owner occupiers have dominated sales in the last 12 months,” he said.