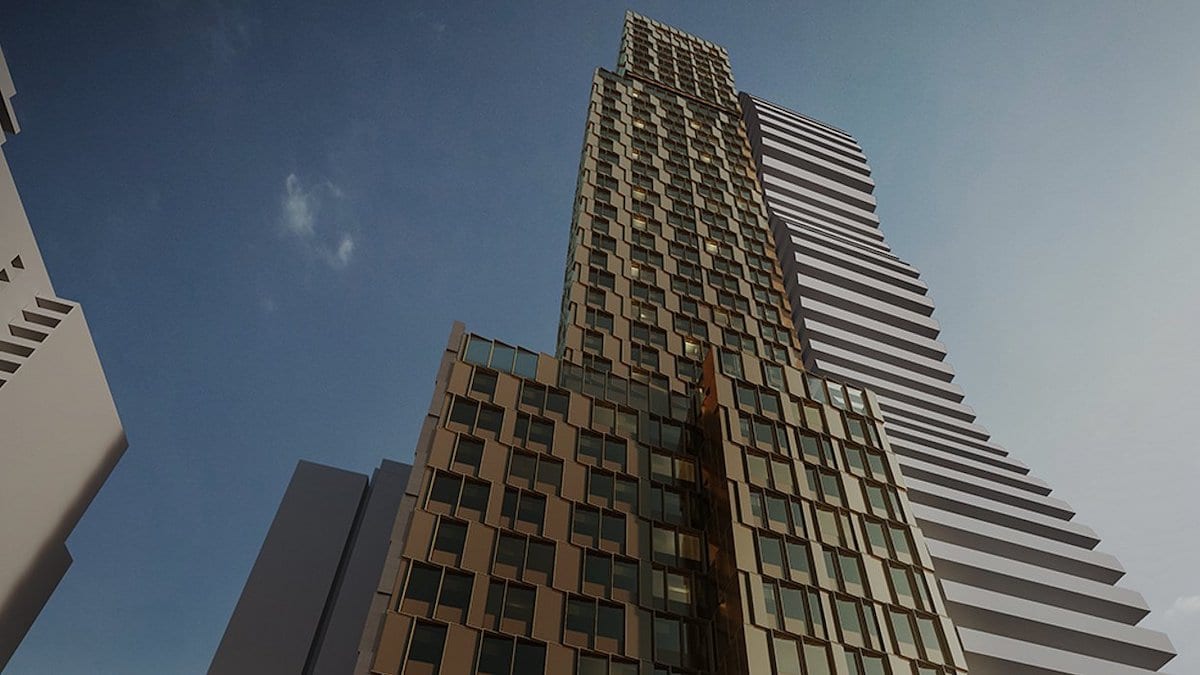 Hickory Group’s work on the prefabricated Atira Tower at 50 La Trobe Street has been recognised by the Council on Tall Buildings and Urban Habitat, winning the Construction Award at the Tall + Urban Innovation Conference in China earlier this month.

Accepting the award on behalf of Hickory Group, Managing Director George Abraham presented to a live judging panel at the conference in Shenzen to win the award.

The Atira Tower, standing at almost 150 metres tall, is the tallest prefabricated student accommodation building in Australia; and one of the tallest in the world.

The Council on Tall Buildings and Urban Habitat hosts an annual award ceremony recognising achievement in the construction of tall buildings throughout the world.

Hickory’s award recognises the contributions the Atira project has made to the advancement of tall building construction, with its use of prefabricated construction celebrated.

Oversized elements such as slabs, facades and bathroom pods were prefabricated offsite, and installed after hours using a silent electric crane to minimise disturbances, congestion and traffic at the inner-city site.

Hickory’s use of prefabricated construction saw a saving of 30% in comparison to conventional building methods, and meant that the Tower could be constructed in just 24 months.

Thom Gilbert, Atira’s project architect from the well-known firm Hayball, said that this approach had significant impact on construction time.

“Because of the prefabrication it was built 25 per cent faster and to a much higher standard than most tall structures.”

Gilbert also commended the Melbourne City Council for its role in the award, acknowledging its willingness to embrace new approaches to construction in the city.

“This award reinforces that we push a lot of boundaries, and is also a tribute to a construction industry that can respond to different program demands when needed. This would have been a lot harder to achieve in Sydney,” he said.

The award for Best Tall Building Worldwide went to the 326-metre Salesforce Tower in San Francisco.