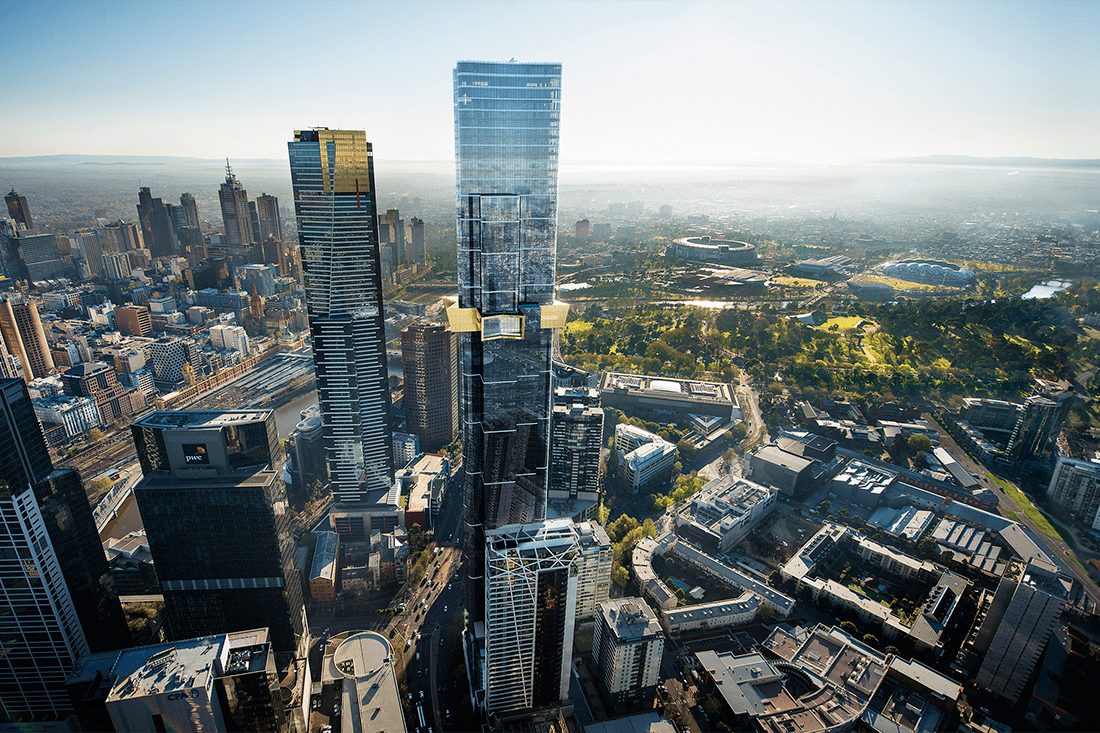 Multiplex is investigating 35 separate noise complaints from residents of the under-construction Australia 108 tower in Southbank.

A statement released by Multiplex says the noises are the result of extreme winds, and that upon completion, and installation of damper tanks, the noise will be reduced.

Multiplex Managing Director for Victoria, Graham Cottam, said Multiplex is using findings from the Prima Pearl building to guide investigations, but that ultimately, noise due to extreme winds would not be rectified.

According to The Age, Mr Cottam said “it’s a fact-finding mission to find out that we might have missed a clip on one of the studs which is causing the trouble. It might be as simple as that. If it’s a clip that’s missing, we’ll install the clip and hopefully that’s the end of the issue.”

Multiplex have cut holes in the affected apartment ceilings to identify sources of friction in the building’s structural framework, a practice deemed by experts as costly and time-consuming.

A report finalised in 2017 found loud creaking noises heard by residents of Southbank’s Prima Pearl apartment tower in 2015 were the result of incorrect building techniques.

Residents complained about noise around 70 decibels, louder than a vacuum cleaner.

The report, commissioned by Multiplex, found 90 per cent of the noise was the result of incorrect building techniques such as misplaced screws or products being installed on surfaces for which they were not designed.

The further 10 per cent was due to metal-on-metal friction caused by winds.

Australia 108 residents noted noises were not only heard during times of high wind, although were exacerbated during strong weather.

For the latest in industry news and construction job opportunities, create your Conecta profile today.