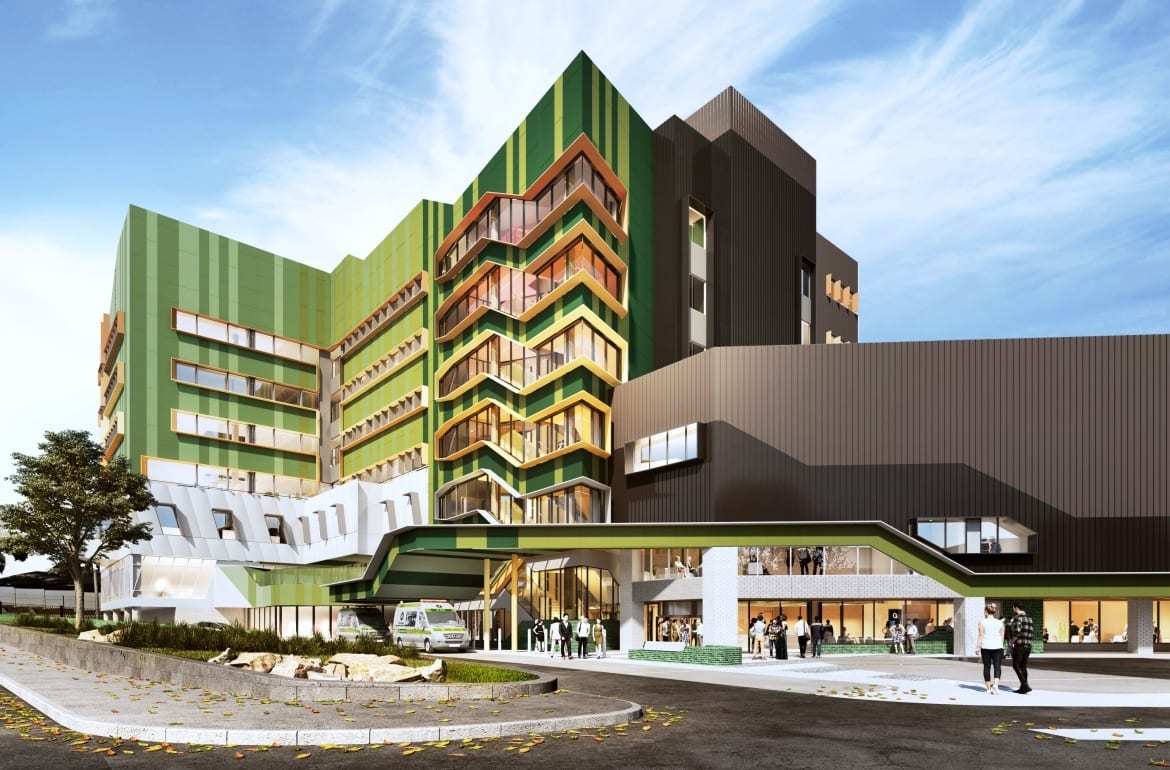 Kane Constructions has been awarded the $95 million contract for Stage 2 of the inpatient expansion of the Northern Hospital.

The project is an extension of Stage 1, which saw the development of a three-storey tower and 32-bed inpatient unit connected to the main hospital via an aerial link.

Stage 2 will comprise the addition of four additional floors to the tower, bringing it to seven storeys.

A critical care unit with provision for the future development of a cardiac precinct, new central sterile supply unit and the expansion of cardiology services, catheterisation labs and medical imaging will also be included.

Future provisions for a helipad will be made, to secure the Northern Hospital as a landmark facility for Melbourne’s outer northern suburbs.

The building will also include a fitted out ground floor with kitchen, cafe hub, offices, transit lounge and emergency control room.

The extension will see the Northern’s emergency department capacity increase by 10,000 to treat 98,000 patients per year.

The Victorian Government has committed $162.7 million to entire project, which commenced in 2014.

The project is slated for completion in June 2021.

The Northern Hospital expansion will add to Kane’s pipeline of healthcare projects, which includes the $23.5m refurbishment of critical infrastructure at the Royal Melbourne Hospital and the $44m Monash Medical Centre emergency department redevelopment.

Ready to upgrade your career in construction? All you need is a Conecta profile. Sign up here.