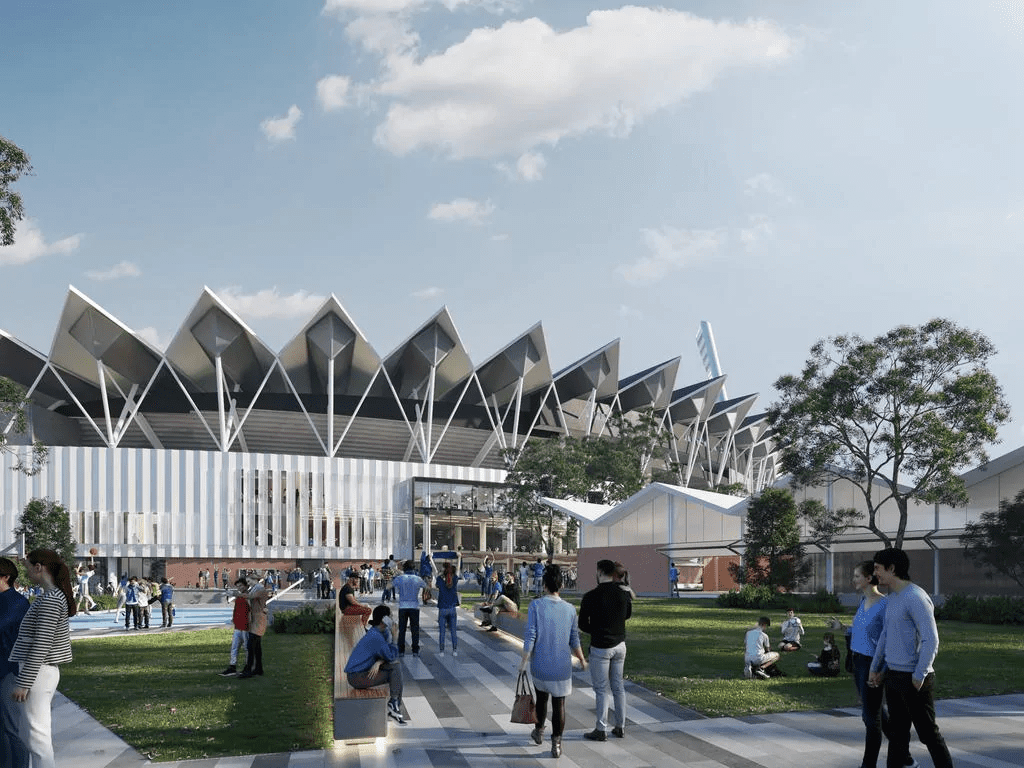 Kardinia Park will see an additional $40m injected into the final stage of its redevelopment to ensure the venue is the best stadium in regional Australia, and attract more international events.

Kane and Watpac have both completed various stages of the redevelopment.

The $142m redevelopment has been funded by the state government and it is estimated that the park will have a capacity of 44,000 once completed in 2023.

Kardinia Park Stadium Trust Chair, Stephen Gough, said “we’re delighted with this investment from the Victorian Government which will deliver a world-class stadium designed to serve its community.”

Once the final stages of the redevelopment have been finalised it is hoped that the Geelong Football Club will play all of its home games at GMHBA stadium.

The new stadium will include;

A two-tiered northern stand to replace the current Ford Stand and Ablett Terrace, a sports museum, retail space, function room, a regional cricket hub outside of the stadium, new change rooms and a northern entry.

Work on stage 5 of the stadium is expected to begin in early 2021.

Geelong MP, Christine Couzens said “the final stage of the Kardinia Park redevelopment means construction jobs for Geelong and the completion of the best and largest regional sporting facility in the country.”

Kane completed the stage 4 redevelopment of Kardinia Park which included a complete transformation of the Brownlow and Jennings stands on the western side, a new Geelong Football Club social club, a 100-seat cafe, a 1,000-seat multi-purpose function room and new facility for media and broadcasters.

Watpac completed the construction of the premiership stand at Kardinia Park in 2010.