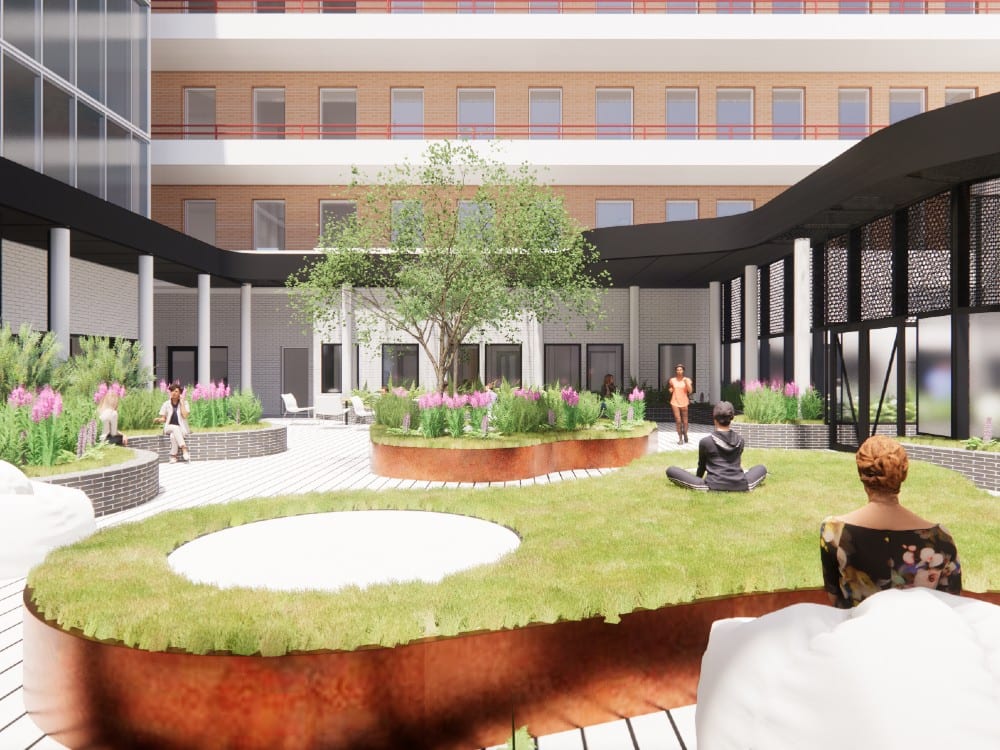 Lendlease has been appointed by the Victorian government to build four acute mental health facilities within hospitals across Greater Melbourne.

The first designs for the facilities in St Albans, Parkville, Epping and Geelong have been released, each facility having been co-designed by carers, clinicians, staff and consumers with lived experience of the mental health system.

The project, which will see around 120 new beds created in acute mental health wards at Royal Melbourne (22 beds), Sunshine (52 beds) and Northern Hospitals (30 beds) and the McKellar Centre in Geelong (16 beds), is valued at $492 million.

The state government announced the project, part of an $868 million commitment, on the recommendation of the Royal Commission into Victoria’s Mental Health System in 2020.

The project’s scope includes four facilities which have been carefully designed to create safe, welcoming and healing spaces for patients, each including internal courtyards, family visiting areas, sensory rooms and spiritual rooms.

Each facility will also have exterior grounds, with gardens or green spaces.

Once operational, the new facilities will ease strain on emergency departments and allow the mental health system to provide support for an additional 2,500 patients per year.

Lendlease is part of a consortium currently competing for the $562 million Frankston Hospital redevelopment, alongside Capella Capital, Honeywell and Compass, with whom it also delivered the Bendigo Hospital.

The Tier 1 builder was also recently awarded Master Builder of the Year for the Rod Laver Arena refurbishment project.

The mental health project is expected to create 1,450 construction jobs between commencement and expected completion in 2023.

If you’re experiencing symptoms of mental ill-health, there’s no shame in seeking help.

For advice or resources, check out the following sites:

Applications and Other Resources