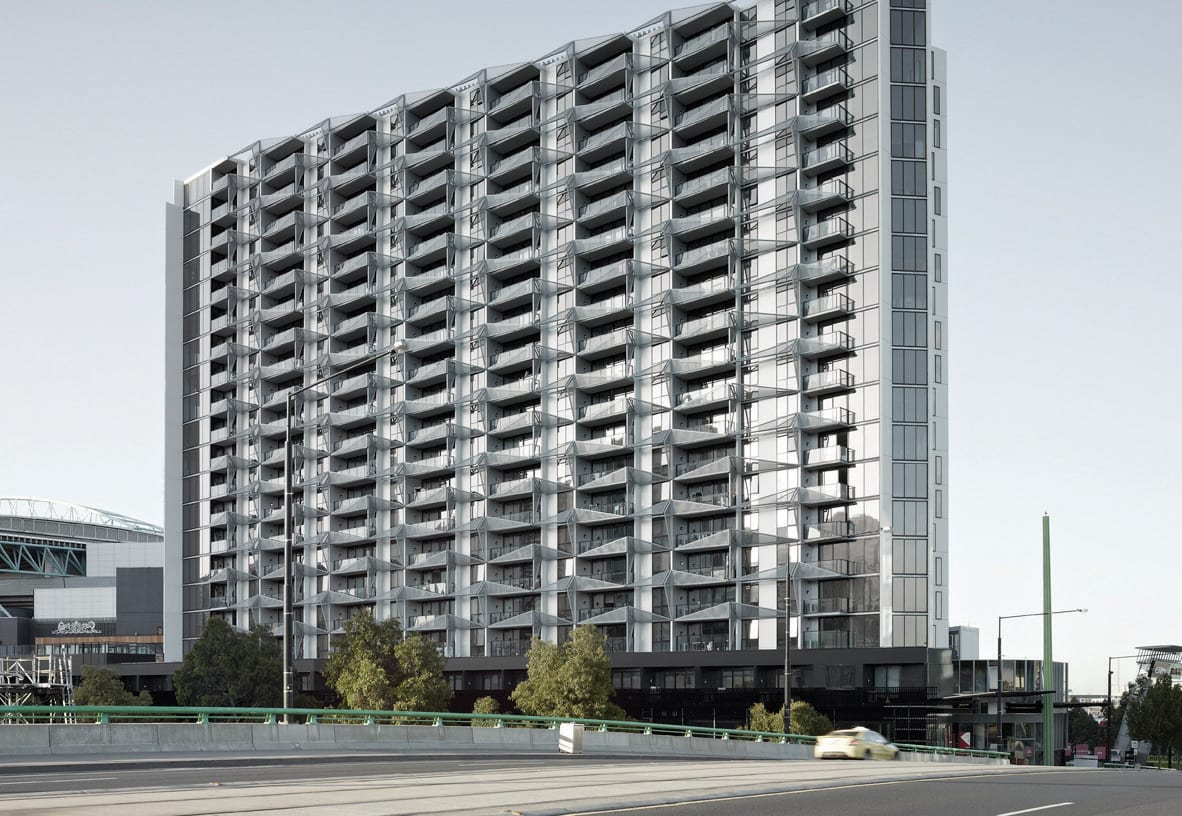 Over four years after a fire which destroyed Melbourne’s Lacrosse tower, a tribunal has found builder LU Simon’s consultants – and architect Elenberg Fraser – in breach of contractual obligations, and therefore liable to repay the $5.7 million in damages that LU Simon must pay apartment owners.

In a surprising decision delivered on February 28, Judge Ted Woodward of the Victorian Civil and Administrative Tribunal (VCAT) noted that while LU Simon did install cladding that was non-compliant with the building code, it was ultimately not through fault of their own.

“LU Simon did not fail to exercise reasonable care in the construction of the Lacrosse tower by installing combustible aluminium composite panels with a core containing polyethylene on the east and west facades of the tower,” he said.

Instead, architect Elenberg Fraser, building surveyor Gardner Group, and the fire engineer, trading as Thomas Nicolas, were each ordered to repay LU Simon for damage costs awarded to Lacrosse residents; and to pay a further amount nearing $7 million for their liability in the November 2014 fire that caused significant damage to the Lacrosse building.

Gardner Group will bear 33% of the liability costs; Elenberg Fraser 25%; and fire engineer Thomas Nicolas will be responsible for 39% of the $5.7 million fee. LU Simon will cover the outstanding 3%, attributed to the French backpacker whose cigarette was found to have caused the fire.

Elenberg Fraser’s failure to remedy its “defect[ive]’ design, which relied heavily on the use of Aluminium Composite Panels (ACPs), left the architecture firm at fault for the resulting non-compliance with the Building Code of Australia. Surveyor Gardner Group, who issued a building permit in 2011 for the non-compliant plans, were thus found to have breached their agreement with LU Simon. Thomas Nicolas should have identified that the designs were non-compliant when reviewing the building proposal and warned LU Simon, found Judge Woodward.

While Lacrosse owners initially sought a hefty $24 million in damages, the final sum of $5.7 million was in part due to their agreement with LU Simon in December on a $5.6 million replacement cost.

Judge Woodward noted that while ACPs used in this instance were non-compliant, his findings in this case should not be considered a blanket ruling. “There may well be particular applications (such as signage or decorative features) where ACPs, even with a 100 percent polyethylene core, can be compliant,” he said. “Many of my findings have been informed by the particular contracts between the parties in this case and by events occurring in the course of the Lacrosse project that may or may not be duplicated in other building projects.”

Judge Woodward is expected to make his final ruling on the case this week.