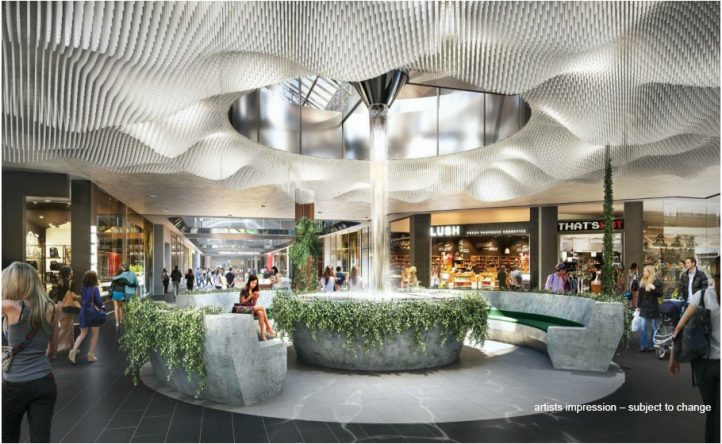 Maben Group has been appointed by GPT Group to complete a number of upgrades to Highpoint Shopping Centre.

The latest appointment is Phase 2 of the Highpoint Aesthetic Mall Upgrade. The scope of the project includes upgrading the Target mall and installation of water features in the northern and southern end of the centre.

This will be the third concurrent project the builder is working on at Highpoint.

Maben Group is currently completing Stage 1 of the Target Backfill project, which includes the demolition of the existing Target and the creation of two new tenancies.

In April this year, they began working on the David Jones/Kmart project, which will see the two split-level stores consolidated into two major single-storey tenancies, removing escalators and creating a Kmart on level 2 and expanding David Jones’s floorplan on level 3.

The projects are the latest in a long relationship with GPT Group and Highpoint. Last year, Maben Group completed a $32.5 million aesthetic upgrade of 10,000 sqm of mall across levels 2 and 3.

The scope of the work included the replacement of all floor finishes, ceilings, balustrades, feature lighting, as well as structural upgrades.

These project wins are part of a successful period for Maben Group, who have also won the contracts for Vicinity’s Box Hill Central Southern Precinct and Mazda Refurbishment in Essendon Fields.

Maben Group Director Craig Gathercole says systems, processes and delivery are key to building successful and repeat long-term relationships, such as this continued delivery of projects at Highpoint.

Hear more from Craig in our Building People interview series.