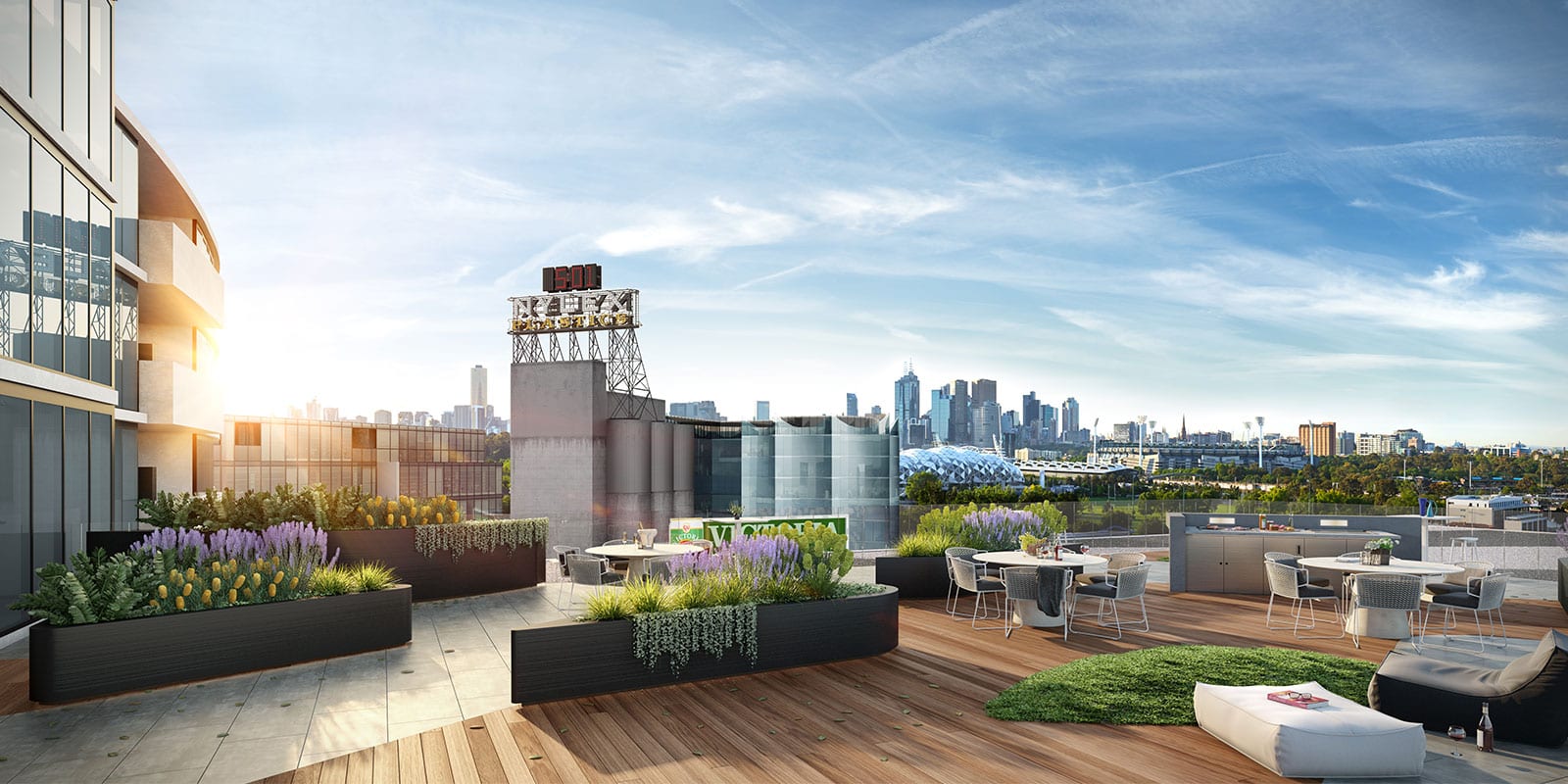 Footage taken by Conecta demonstrates the progress made by Probuild on stage one of works at the Malt District site, on Gough Street. The site’s location is iconic, sitting beneath the historic Nylex clock.

Less than a year into construction works, Probuild is on track for the expected completion of stage one by the end of 2020. Hundreds of workers are involved on the project, which includes a 9-storey office tower, and the 200-apartment split-level tower dubbed ‘Coppins Corner.’ The ground level of the residential tower will be home to retail and restaurant offerings.

The hoarding that surrounds the site has been transformed into outdoor art installations, each 12 metres long. These are the work of five international urban artists, part of Caydon’s strategy to promote the Malt District’s potential to be used for gallery, exhibition or studio space.

This development is the third on which Probuild and Caydon have worked together. The builder and developer have previously delivered two residential towers in Melbourne.

The Coppins Corner apartment building – named as a nod to the area’s historical personality, George Coppin – was designed by Melbourne’s Fender Katsalidis. The split-level tower, of 12 and 14 storeys, was designed to complement the heritage feel of the area; including the bulidings that will be retained and refurbished as part of the $1 billion redevelopment. The office tower was designed by Australian architects Hayball.

Last May, Caydon confirmed that online giant MYOB will take up occupancy of the office tower upon its completion next year, adding an additional 8,800sqm to the 5,250sqm of commercial space it already occupies in Cremorne. Other tech and creative giants like SEEK are also making the move to the area, in a wave leading to the suburb’s nickname ‘Silicon Yarra.’

The Malt District’s other offerings, including a microbrewery with a gastro pub, a boutique hotel and a rooftop bar, hope to solidify the precinct as a new destination for creatives in the area.

“The Malt District is set to become one of Melbourne’s iconic mixed-use locations,” said Caydon Principal Joe Russo. “We believe MYOB is a fantastic addition to this creative and cultural hub.”

Conecta will follow works on The Malt District as they progress.