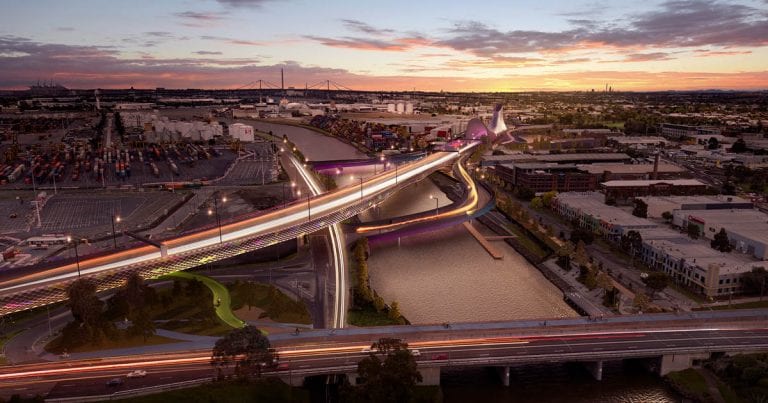 We’re seeing election promises in construction and infrastructure in Melbourne left right and centre. The outcome of this election will shape the future of Melbourne’s infrastructure, transport and more. We’re breaking down what Labour and Coalition governments are offering up pending their election in 2018:

Melbournians have been promised the West Gate tunnel by 2022. The tollway tunnel will direct thousands of trucks off the West Gate Bridge and inner-west streets. They will be funnelled to a direct road into Port Melbourne. It will also create faster commutes from Geelong.

Unfortunately, this project is also expected to create more traffic on the road for those in North and West Melbourne, with toll fees also set to rise.

Long-awaited connection of Melbourne Airport to the public transport system has been promised by Labour. A train to the airport could cost just $20 and take just 20 minutes from Southern Cross, a time and money-saver for many Melbournians.

Prepare for Melbourne’s biggest toll road, the North East Link. The infrastructure, promised to be delivered by 2027, would create safer streets by taking thousands of trucks off residential streets and underground instead.

However, this does create further complications with an additional 100,000 cars travelling from the North East Link onto the widened Eastern Freeway, with not much room for further widening.

This promise will cut down journeys to Geelong to just 35 minutes, and trips to Ballarat will take under an hour. The Western Rail Plan involves the construction of electrified tracks separating city and country rail services.

This route will stretch over 90 kilometres and take 30 years to be completed. It will create easier train journeys from Monash University to Doncaster with no stops in the city. We can expect the rail loop in 2050 following Labour’s win.

Labour would spend $6.6 billion on a citywide project to remove another 25 of Melbourne’s most dangerous and congested level crossings in a bid to secure November’s election. This means that a total of 75 rail-road intersections would be removed by 2025.

Coalition has promised to remove 35 intersections throughout several highways to create smoother and faster journeys by 2022.

Journeys to Geelong currently take 58 minutes, but by 2022, the Coalition’s win will mean your trip will take just 32 minutes. This plan will undercut Labour’s competing Geelong plan by 10 years.

Public transport will be extended to Cranbourne East and Clyde, providing those who live in the south-east a direct train to the city.

We can look forward to the East West Link being fully constructed by 2027.

This election will determine the future of Melbourne’s transport and infrastructure, as well as Geelong construction projects such as those promised by Andrews Labour Government.

For the latest opportunities in the Melbourne construction scene, keep up with Conecta and be ready for the platform’s launch in November.

Ready for a next-gen job search experience? Sign up today.