5 Benefits Of The Metro Tunnel Project 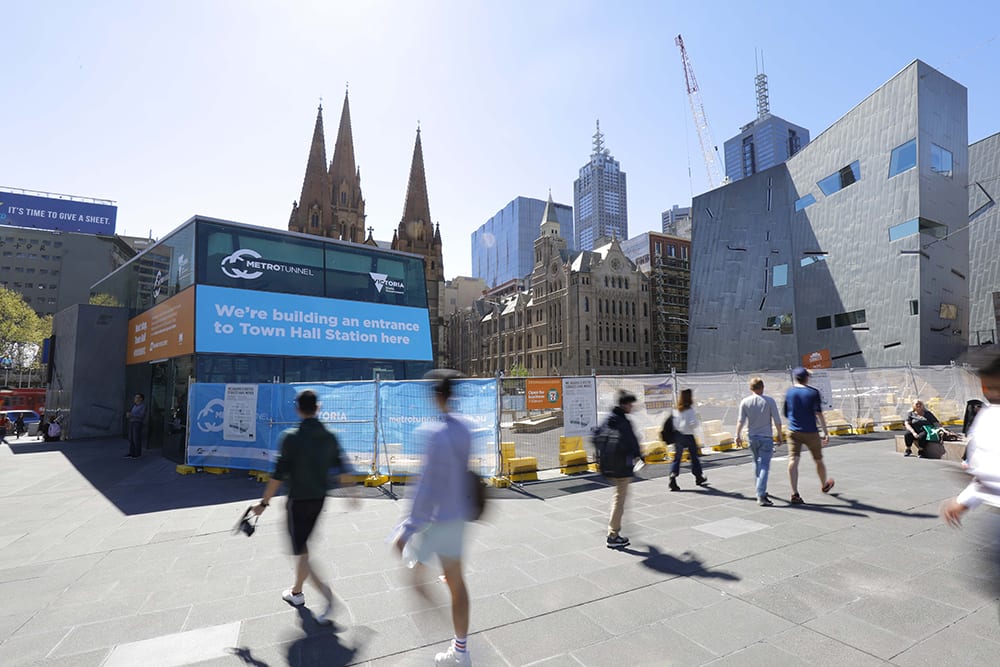 The Metro Tunnel promises to free up Melbourne’s busiest train lines, lessen the city’s congestion and even get more cars off the roads. But let’s take a closer look at the benefits of this $11 billion transport project.

With two new nine-kilometre rail tunnels flowing from west to south-east, the Metro Tunnel will enable more trains to run on the city’s busiest lines in the north, west and south eastern corridors. These include Sunbury, Upfield and Cranbourne/Pakenham lines as well as the Werribee, Craigieburn, Sandringham and Frankston lines. It will provide 71% more capacity on the Upfield line, 60% more capacity on the Sunbury line, and 48% on the Sandringham line. All in all, Melbourne’s train system will be able to carry 39,000 more passengers at peak time each day.

The revamped Sunbury and Cranbourne/Pakenham lines will ease overcrowding on the transport system, especially in the high-traffic inner core: the city loop. With better transport for commuters, the Metro Tunnel will ease congestion in other transport systems and roads throughout Melbourne, including the over-crowded St Kilda Road/Swanston Street trams. Forecasts show that the improved rail system has the potential to take 18,000 cars off the road at peak hour.

Increased capacity and relieved congestion are sure to improve the efficiency of Melbourne’s rail system, but the Metro Tunnel project is set to improve efficiency in many more ways. With five new underground stations (North Melbourne, Parkville, State Library, Town Hall and Anzac), suburban commuters will be better connected to jobs in the city. A brand new fleet of high-capacity trains and a new and improved signalling system will take commuters where they need to go faster than ever before.

From construction to completion, the Metro Tunnel Project will create 7,000 new jobs for Victorians. While many of these jobs will go to experienced workers, the Tunnels and Stations Package will grant 500 apprenticeships, traineeships and engineering cadetships. Nearly 90% of building materials, including 93% of the steel required, will be sourced locally, giving a good boost to the resources industry. And over half of the project will be commissioned through small and medium sized Aussie businesses.

Formerly the winner of “World’s Most Liveable City” for seven years in a row, Melbourne now wants its title back! The Metro Tunnel is making space for the city’s growing population, which is expected to reach 8 million in 2051, putting it on the scale of global cities like London and Tokyo.

Keep up-to-date on construction industry news in Victoria. Connect with us on LinkedIn today.