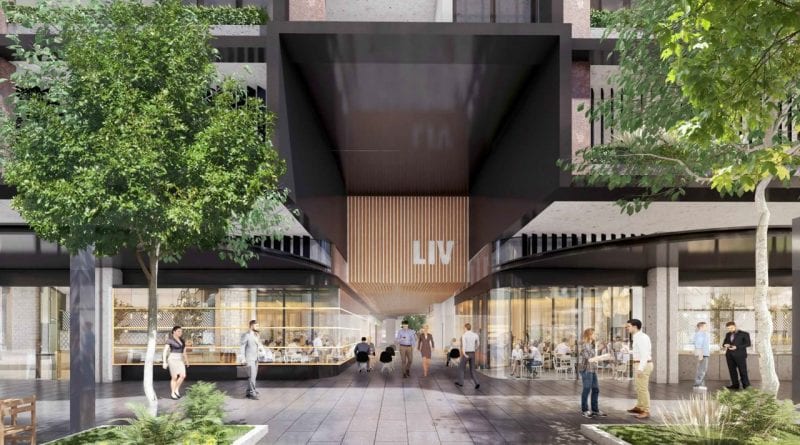 Mirvac Group’s plans for a twin-tower mixed-use development on the site of the old Melbourne Convention Centre have been approved.

The $1 billion development, situated on the Yarra and dubbed ‘Northbank’, will comprise a 20 storey office tower and a 32 storey build-to-rent tower with 472 apartments.

The precinct has been designed to breathe life into an area of the CBD that is otherwise underutilised outside of business hours.

Mirvac has been leading the charge in the Build-to-Rent (BTR) sector in Australia, having launched its $1 billion Australian Build-to-Rent Club in 2018 and recently completed its first development at Sydney’s Olympic Park, with another two in the works in Melbourne’s inner north.

Construction is currently underway on the Munro Precinct opposite the Queen Victoria Market, where Mirvac’s second build-to-rent tower will offer 490 long-term residences.

Not far away in Brunswick, Mirvac has partnered with developer Milieu to transform seven industrial buildings into a residential precinct named Albert Fields, which includes the builder’s third build-to-rent project. The development is due for completion in 2024.

Build-to-rent is designed to provide tenants with the security of long-term leases, making it easier to live in more desirable, inner-city areas where rising house prices and population growth have made renting notoriously competitive.

A number of factors come into play to make BTR a viable solution for the country’s housing affordability crisis.

The current build-to-sell model the Australian property market operates on has influenced public policy, creating a cycle that makes it near impossible for those trapped on the outside to wedge their way in.

Plenty of developers are seeing the potential in the fledgling model, with more than 30 build-to-rent projects having been announced across Australia in the past 12 months.

Other BTR developments underway in Melbourne include Greystar’s $400m South Yarra project, which is set to provide 500 residences alongside 5,000 sq m of office space and 1,000 sq m of retail.

The Victorian Government last year announced a number of initiatives to improve housing availability, including land tax cuts of 50 per cent for build-to-rent developments, sure to bolster growth in the area.

Of the $6 billion allocated in the last state budget to housing, around $5.3b will be spent on public housing, with upwards of 11,000 social housing dwellings and low-cost homes to be built in Melbourne and regional victoria.

The government hopes to create an average of 10,000 construction jobs per year until 2025 in an effort to revive the economy following Covid.

In 2019, the Andrews Government announced three build-to-rent developments on public land in Flemington, Brighton and Prahran, as part of a “ground lease” approach.