A 1.3ha site in Richmond on Burnley Street with plans for a $800 million mixed-use project by GURNER.

Plans for the five building mixed-use project by GURNER include up to 500 apartments and 9,000 sqm of commercial space.

Allocations for the project include luxury retirement offering, 10 percent of the apartments will be affordable housing, and a retail precinct which will cater to the area already well supported by Victoria Gardens.

The site at 81-95 Burnley Street includes Harry The Hirer, Russell Manufacturing Co and the former Repco building. The latter are both heritage buildings which will have elements retained.

Design and construction of the mixed-use project by GURNER will take inspiration from New York’s meatpacking district near Greenwich Village.

Gurner said, “this site is one of the largest we have acquired and will really allow us to create something truly special and be a truly self-sustaining village within a suburb.”

After securing the site in a confidential competitive tender process amongst a select group of Australia’s largest listed and private developers, Gurner went on to say:

“It is jobs like this that are critical to get underway in the coming year to bring Victoria back out of a very hard 12 months, as it will create hundreds of jobs and millions of dollars of income for the economy.”

Both projects are expected to go to tender with Icon, Multiplex, Probuild and Hickory among builders likely to enter this process.

Icon was subsequently appointed to construct the final stage of the $600 million development, named FV No.1. They are currently tendering for Stage 2 of the Malt District in Cremorne.

Probuild is well-primed to take on a mixed-use project of such scale. The Tier 1 builder is currently completing Stage 1 of the Malt District precinct in Cremorne and 1000 La Trobe with Poly valued at $500 million.

Multiplex has previously worked with GURNER™, delivering the first two towers of the FV apartment precinct in Brisbane’s Fortitude Valley.

The mixed-use project by Gurner will feature retail, hospitality, commercial office and 41 residences across eight levels in what is Tim Gurner’s favourite pocket of Melbourne. 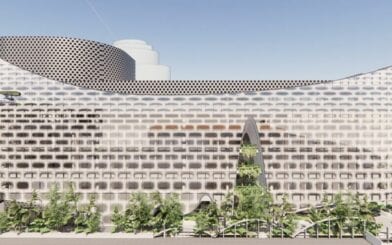 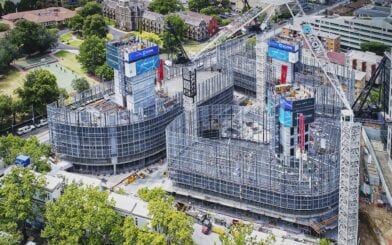