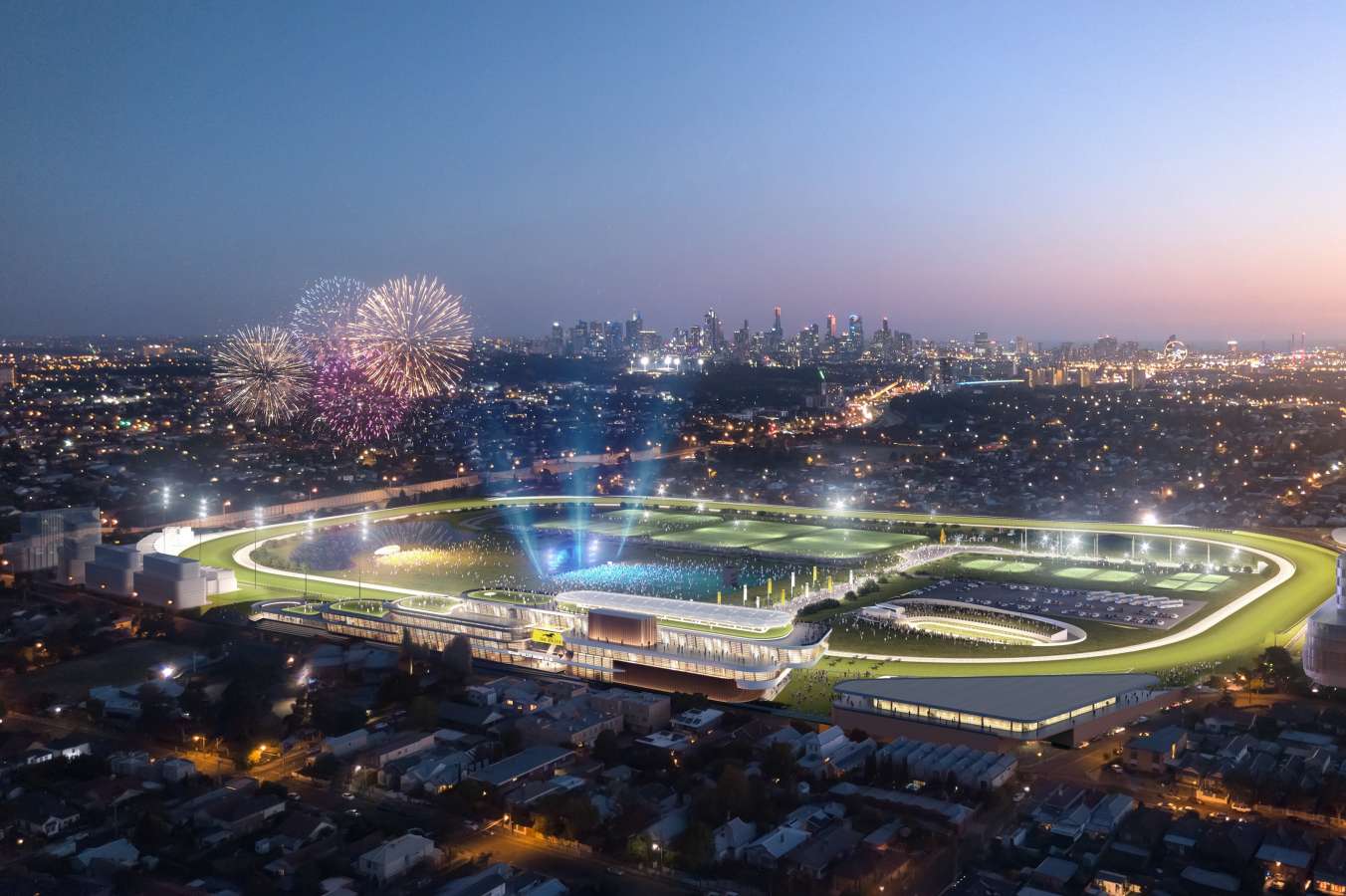 Moonee Valley Racing Club have unveiled plans for a major urban renewal project described as a mini Federation Square in the north.

Cox Place, as it will be called, will feature townhouses, apartments, eateries and shopping as well as a botanical park which will take up about half of the 40ha site.

Hamton Property Group and Hostplus Super have partnered with the club for the project.

Construction of stage one will commence within the next 12 months, and comprise 67 townhouses and the first of the parklands.

Residents of the townhouses are expected to move in by late 2021, with the entire complex to house around 2000 dwellings.

Empty land on McPherson Street will be used for the first stages of the redevelopment.

A business hub, comprising offices and co-working spaces along with a number of sporting spaces, gyms, yoga and pilates studios and medical centres are also planned for the space.

The racetrack infield will also be redeveloped, with playing fields, a children’s playground and space for community events.

It is understood the sale of dwellings will fund a major redevelopment of the racetrack grandstand.

Construction of the grandstand will commence following the 2024 Cox Plate, Moonee Valley’s premier race. Construction is expected to take two years, with the Cox Plate to be moved for one year.

Some townhouses and apartments on the site will feature unobstructed views of the track and Melbourne skyline.

Hamton Property Group executive chairman Paul Hameister said “people will have the choice of residences that take advantage of the views over the track, or those that turn their back on it and are instead just wanting to be part of the botanical neighbourhood.”