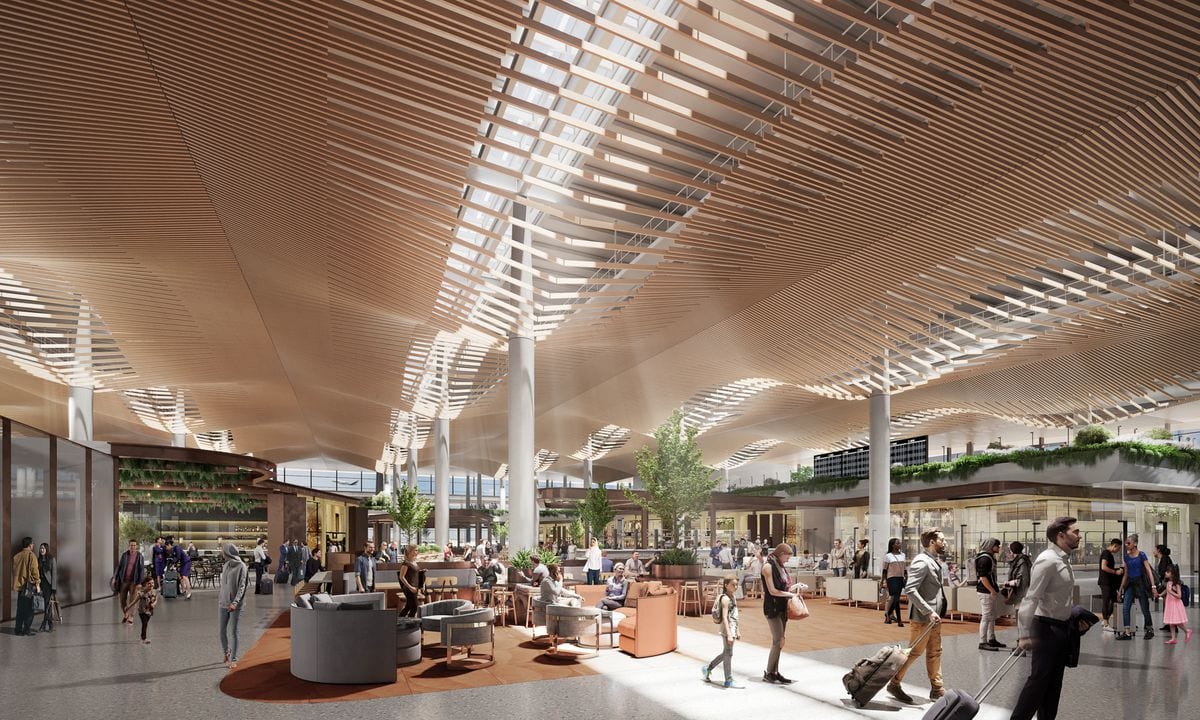 Construction of the $5.3 billion Western Sydney International Airport project at Badgerys Creek has been awarded to Multiplex.

Although construction has already begun on the airport’s freight capacity, Multiplex will shortly commence the main terminal, apron and airport facilities, with the view to have the airport fully operational by 2026.

Lendlease Engineering and CPB Contractors began the major earthworks on the site in 2019.

“After several years of preparing the airport site, including moving 18 million cubic metres of earth to date, construction is on track to commence on the integrated passenger terminal at the end of the year,” said Paul Fletcher, Minister for Communications, Urban Infrastructure, Cities and the Arts.

Multiplex will also be responsible for the design and construction of the main passenger terminal, connections to a new nearby metro train station, other transport links including a bus station, roads, car parks and external ancillary buildings.

Architect Woods Bagot released initial designs for the airport earlier this month, which feature an open forecourt with shops and restaurants, laid out to be simple to navigate.

The airport’s chief executive Simon Hickey said the terminal design has been based on worldwide best practices, and with a view to relieve the stress of travelling.

“For airlines, our terminal will be all about operational efficiency and reliability, providing an environment where passengers arrive at the aircraft feeling relaxed and ready to fly,” he said.

Mr Hickey also said Aboriginal community members were consulted in the design of the terminal.

“A connection to Country will be reflected across both the departures and arrivals, ensuring the terminal has an authentic sense of place in Dharug country,” he said.

“We are thrilled to be appointed to this incredible city-changing project and excited to bring this long-awaited piece of infrastructure to life. The airport will be at the centre of the Western Sydney Aerotropolis that will generate economic activity and local employment for the Western Sydney region, as well as meet Sydney’s growing aviation needs,” said David Ghannoum, Multiplex Regional Managing Director NSW.

According to Multiplex, Western Sydney International Airport will launch the careers of a diverse workforce and provide thousands of jobs.

“We will be engaging local suppliers across a range of trades, and working closely with them to minimise risk and ensure the highest level of safety on site,” said Mr Ghannoum.