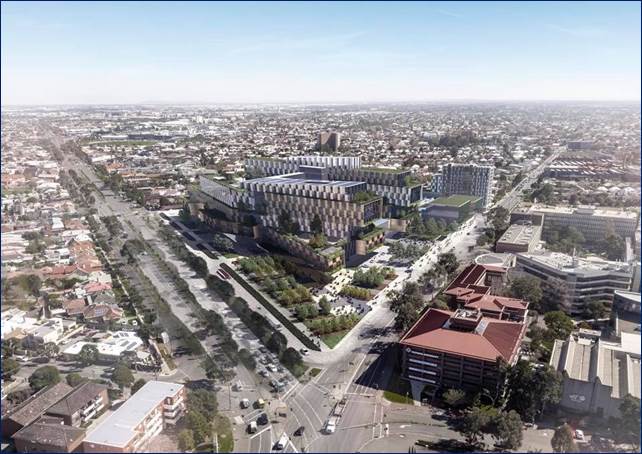 Multiplex is the builder within a consortium of stakeholders who have been announced as the preferred bidder for the new $1.5b Footscray Hospital in Melbourne’s West.

A construction project of this magnitude required a consortium consisting of Plenary Group as sponsor and investor, Sojitz Corporation as investor, Honeywell and Compass as the facilities and maintenance managers.

It continues a strong track record in major Public Private Partnership (PPP) construction for Plenary Group, who have recently partnered with Probuild on the Melbourne Convention Centre Expansion, and with Grocon/PCL (joint venture) to build the Victorian Comprehensive Cancer Centre.

In 2018, The Andrews Government promised to build the hospital to service the west’s growing population, which is expected to see 40% growth over the next 40 years.

Andrews hopes the development will give west Melburnians better and more accessible options for healthcare, with the announcement coming at a time when the focus on access to quality healthcare has never been more pertinent.

It’s a timely boost for the construction industry that is coming out of hard lockdowns, and it could be the first major announcement to precede more large-scale government projects between now and the beginning of 2021.

The redevelopment will replace the existing Footscray Hospital, which was built in the 1950s and only holds about 290 beds.

The new Footscray Hospital will be the largest ever healthcare infrastructure project in Victorian history.

It will feature at least 504 beds, enabling care for almost an additional 15,000 patients and an extra 20,000 people to be seen by the emergency department each year.

Multiplex appears to have beaten out consortiums with the likes of John Holland and Lendlease.

The Footscray Hospital project will create up to 2,000 jobs during the construction and operating phases of the hospital.