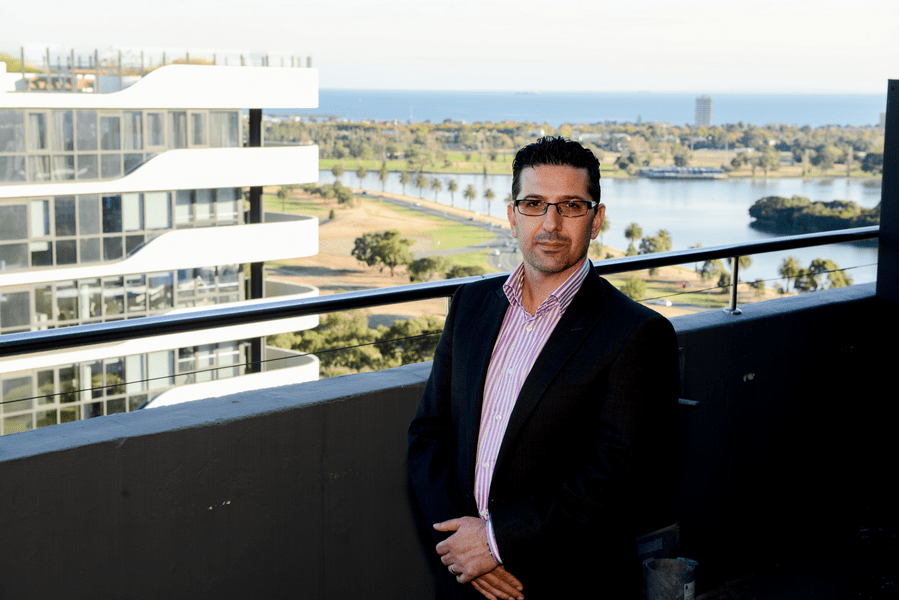 Chiodo Corporation is a Melbourne-based property developer led by Paul Chiodo and Ilya Frolov. Chiodo is a three-pronged business that combines property development, capital funds and investment teams that work with industry leaders in the procurement, design and implementation phases for developments of all sizes.

In Melbourne, all of Chiodo’s construction is managed in-house, and the company specialises in luxury residential and commercial developments. Chiodo Corp’s first foray into the hotel sector is the Fairmont Port Douglas, a luxury 5-star resort and function centre that’s expected to commence construction later this year. We sat down with Chiodo Chief Executive Paul Chiodo to talk about the genesis, concept and vision for Fairmont Port Douglas.

Chiodo Corp acquired the site of its biggest build to date – a notorious 2.1 hectare lot – last year, and plans for the Accor Fairmont were lodged with the council in September. Paul told us the team spent three months finding a hotelier for the development, and when Accor initially presented its Sofitel brand, they pushed back in hopes of a more high end name. Accor’s Fairmont, known for such iconic locations as The Plaza in New York and The Savoy in London, was chosen for its luxury reputation and the name’s ability to attract international tourism. The Fairmont Port Douglas will be the first of its kind in Australia, a drawcard for the brand that Paul expects to attract local tourists.

Integral to the concept and design of the resort was the inclusion of the land’s traditional owners. Paul said Chiodo has consulted with the Kuku Yalanji people throughout every aspect of the design process, and has plans to employ members of the local Indigenous community during and after construction.

“Port Douglas has a brutal past, and this hotel is going to be a place of spiritual healing,” Paul said. Chiodo has established a strong relationship with the Indigenous community in Port Douglas to ensure the hotel not only pays respect to the traditional land owners, but tells their story with pride, championing the local culture, not in a tokenistic or transactional way.

“We don’t want to hide from the past. We need to heal properly, and I want every piece of  the hotel to understand that and feel that. Tourists, whether local or international, I think they want to know [the history]” Paul said.

Paul says Accor has welcomed the concept, and the hotel, once open, will hopefully see weekly welcome to country ceremonies and other traditional customs incorporated within the hotel’s offering.

The original design concept for the hotel, which features a rooftop wedding deck to cater to the 500-a-year industry in the coastal town, was provided by Jamie Durie, who also designed the landscape architecture.

The design was further refined by Studio Carter, a global interior design firm who worked closely with members of the Kuku Yalanji community on the resort’s design to create a space that is inclusive for tourists and Indigenous Australians alike.

The next step for Chiodo, whose Queensland portfolio also includes the Amba luxury apartments in Port Douglas, is council approval, after which they can begin the tendering process.

Once a builder is appointed, construction is expected to commence towards the end of 2021, and take two years. Paul hopes that by the time the resort is ready, international tourism will return to Far North Queensland, and the Fairmont Port Douglas will be a destination for local and overseas visitors.

Paul expects Queensland mainstays Hutchinsons and Watpac to tender for the build, and we predict Multiplex will follow suit.