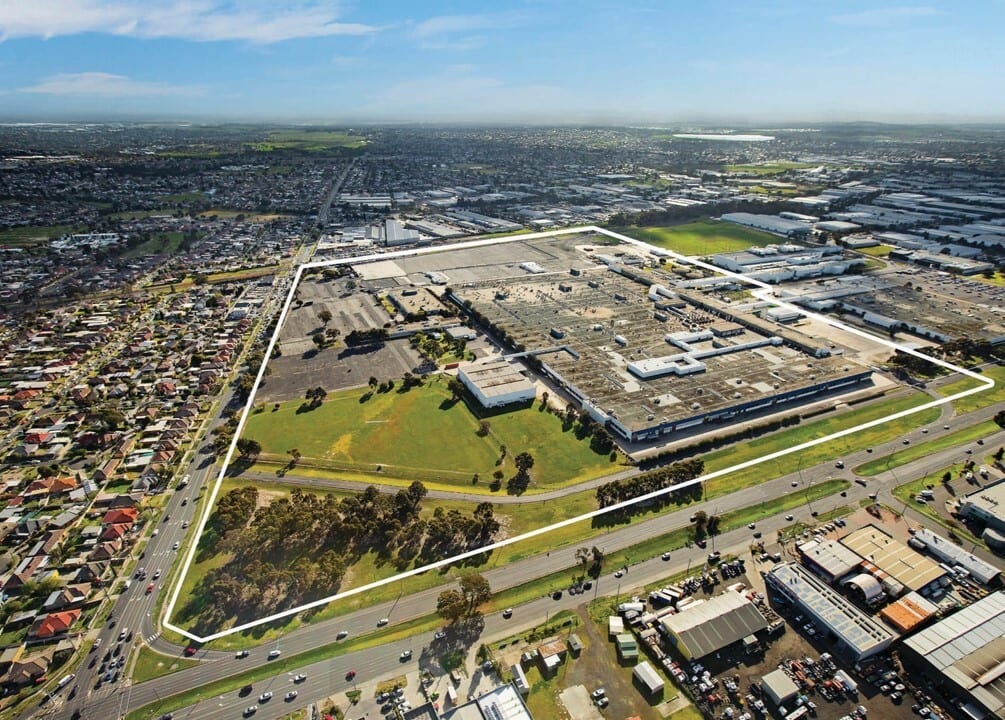 Melbourne industrial developer Pelligra has entered into a joint venture with Real Estate Fund Manager Qualitas to deliver a $500 million mixed-use industrial precinct on the former site of the Broadmeadows Ford factory.

The project, dubbed Assembly Broadmeadows, will see the 120,000sq m site refurbished to provide advanced manufacturing facilities for multiple tenants, with further development on the site to include a mixed-use lifestyle precinct.

The existing infrastructure onsite means the development’s first tenancies can be delivered and operational in the next six months.

Construction will commence this year on a convenience retail precinct to complement the refurbished manufacturing facilities, ahead of further construction.

Future plans for the development include an office precinct, alongside logistics facilities and industrial buildings.

Further to this, down the line the joint venture proposes a supermarket, gym, child care centre and a 100-room hotel.

Once complete the precinct will generate approximately 5,000 new jobs, with construction of the first stage of the project underway.

“We are at a pivotal moment in time as fragile international supply chains are being disrupted in favour of domestic manufacturing capability and self-sufficiency.

“Assembly Broadmeadows will capitalise on this opportunity with a five year plan to realise the inherent value in the site and deliver best-practice manufacturing infrastructure of a global standard,” Pelligra said.

The site will operate sustainably, with a 14-megawatt renewable energy system set to provide energy savings of up to 20 per cent.

The Pelligra Group has also recently acquired the Moolap saltworks in Geelong.

The developer is working with the Victorian government and the City of Greater Geelong to determine the use of the 450 hectare coastal site.

Whilst the majority of the land will be preserved as wetlands as part of the government’s ‘Moolap Plan,’ the Point Henry site, formerly the Alcoa power station, has been flagged for development.

There are no plans so far for the Moolap site, however chairman Ross Pelligra said the site’s development would be managed in collaboration with the council and state government.

We spoke to Ross Pelligra for our Building People Series in October 2020 where he spoke about how Pelligra takes a long term view to project acquisition for their portfolio.

He spoke at length about the process the developer takes to reviewing an assets ‘bankability’ and targeting Aquaculture projects.

Late last year, Pelligra also acquired a 96ha site alongside Avalon Airport, which will be developed into a land-based fish farm.

This latest investment by Qualitas in Assembly Broadmeadows continues a trend of adding emerging development sectors to their portfolio. They have recently established a healthy pipeline of build-to-rent projects with GURNER as well as their own $1 billion BTR fund.