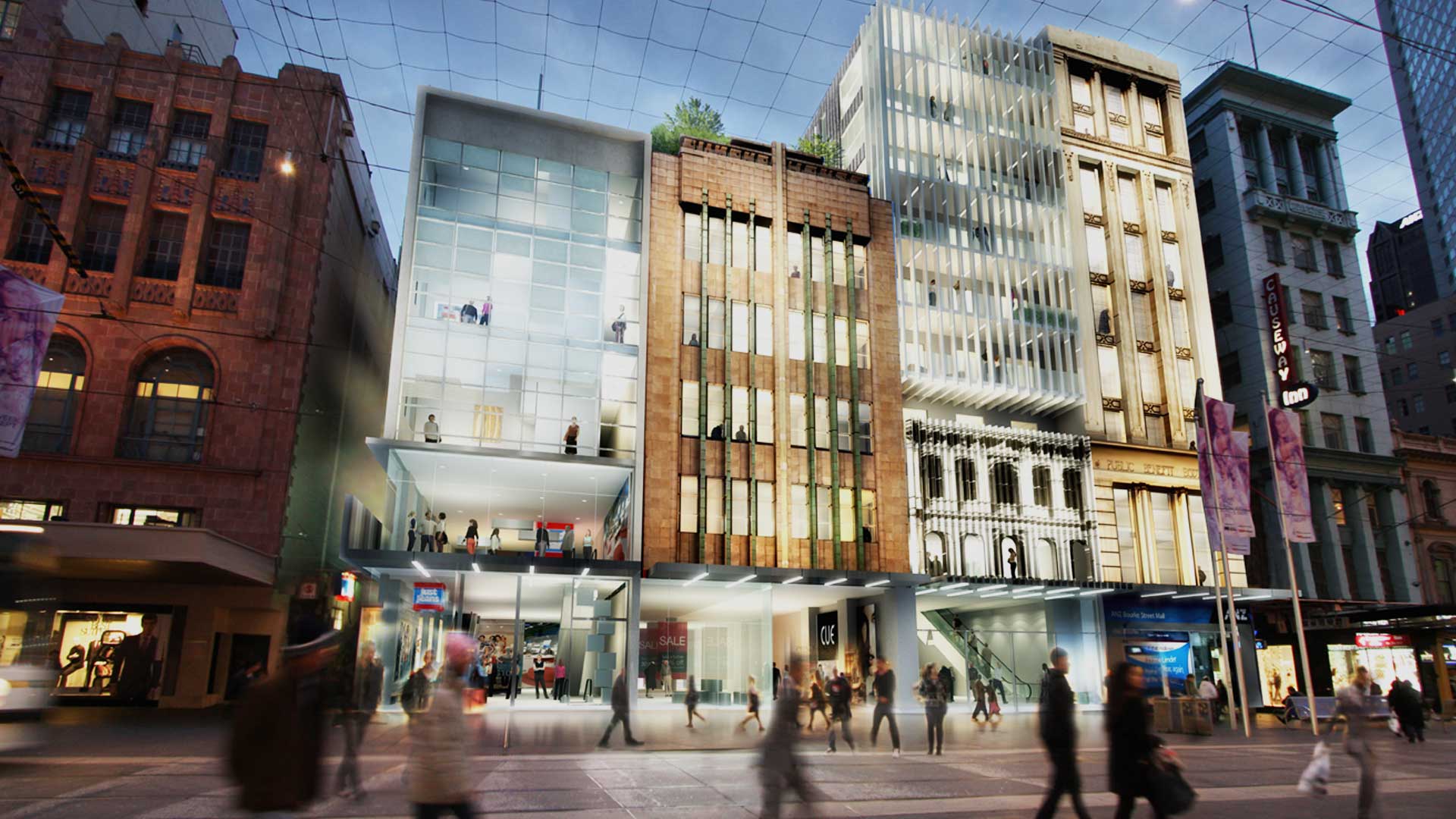 Melbourne’s Walk Arcade, which runs between Bourke and Little Collins Streets, will be redeveloped for an improved experience featuring a hotel and retail spaces.

The plans to elevate the high traffic shopping walkway include creating a high-value retail frontage to look out onto Bourke and Little Collins Streets and cater to the demands of Melbourne’s fast-growing shopping precinct.

Significant developments to Bourke Street Walk Arcade include the following;

Establishing a retail facility that operates across three levels including a basement, ground and level 1;

Connecting the retail footfall to link with David Jones, Myer and Emporium;

Space for two hotel chains – a 181-room Hotel Indigo, and 272-room Holiday Inn – a public rooftop bar, and a gymnasium.

Related news: Stage One of New $2B University of Melbourne Campus Approved by State Government

It is important to the current owner that while the new design utilises modern architecture, a number of facades should be retained, protected, and restored. These facades include; Diamond House, Public Benefit Bootery, Allans Building, and York Building.

Probuild, Multiplex and Hickory are expected to tender for this project.

Multiplex is growing its portfolio of CBD projects with developments ranging from Paragon Melbourne, Queens Place Melbourne, Southbank Place and most notably, Melbourne Grand valued at $450m and currently in development.

Hickory has built a range of high-rise apartment buildings in Melbourne’s CBD such as La Trobe Tower, Conservatory apartments and Opera Melbourne. In 2019 Hickory completed Collins House which required incorporating the heritage facade of Melbourne’s historic Maker’s Mark building with a modern tower.

Plans for The Walk’s redevelopment were originally slated in 2018, when Steadfast Capital secured a planning permit from the City of Melbourne with hopes to procure a builder by late 2019.

Despite the City of Melbourne’s concerns regarding the extent of demolition, the design and built form of the replacement buildings, and vehicular servicing of the development, including waste removal, the permit was approved.