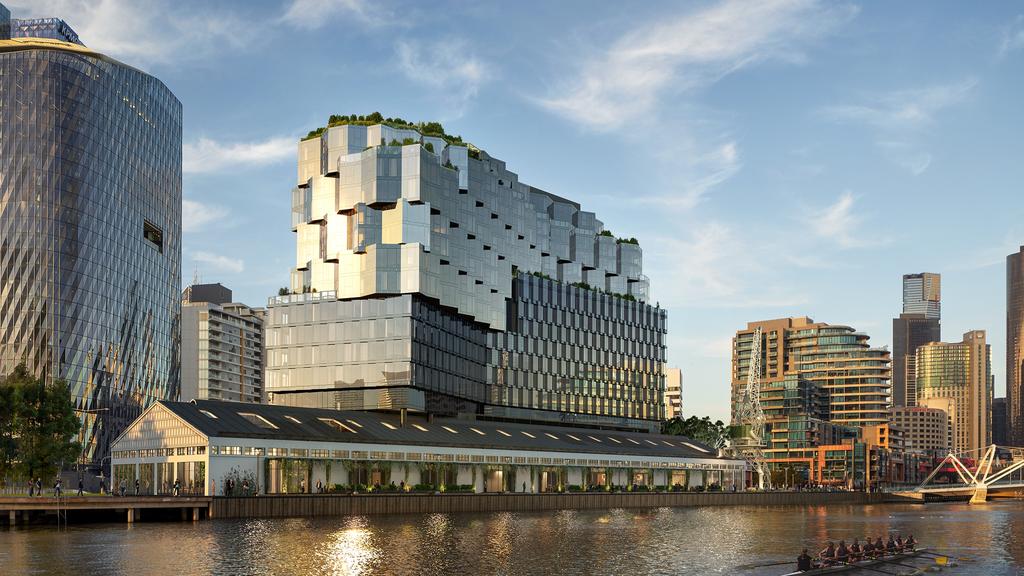 A new maritime-themed redevelopment, Seafarers – budgeted at $500 million – is set to begin on the Yarra River’s north bank.

The currently neglected space is being taken on by the developer Riverlee, which will incorporate re-use of the heritage-protected Goods Shed 5, by famed architect Nonda Katsalidis.

Seafarers will also include Australia’s first 1 Hotel, a 1,000-seat function centre, health centre, dining and retail, all situated next to the 3,500sqm public park.

Riverlee has had confirmed approval from the City of Melbourne and the state Department of Treasury and Finance to start work on the mixed-use development.

Design plans for the park will be open to public consultation on the 3rd of June.

The council’s planning portfolio chairman Nicholas Reece told the Herald Sun that it would be a welcome spot for people living or working in the built-up city to relax and play.

David Lee, Riverlee’s Development Director said “The design by landscape architects Oculus would inject new life into an area that’s been derelict for more than 40 years.”

Riverlee has worked on a range of innovative projects in Melbourne ranging from;

The Clarion Suites Gateway, Located at 1 William Street and a full-service 4.5 star hotel in the heart of Melbourne’s CBD.

Riverlee has also worked on a number of community-focused projects across Australia including Hobart’s Hanging Garden, a 400-person live music venue, in partnership with MONA Museum’s DarkLab.

Their Seafarers project will incorporate the Shed’s industrial past while adding significant amenity to the area for the community.

According to Riverlee, the leasehold was secured in 2011, and the freehold was purchased in 2015 from the State Government.

The project is expected to be completed by 2023.