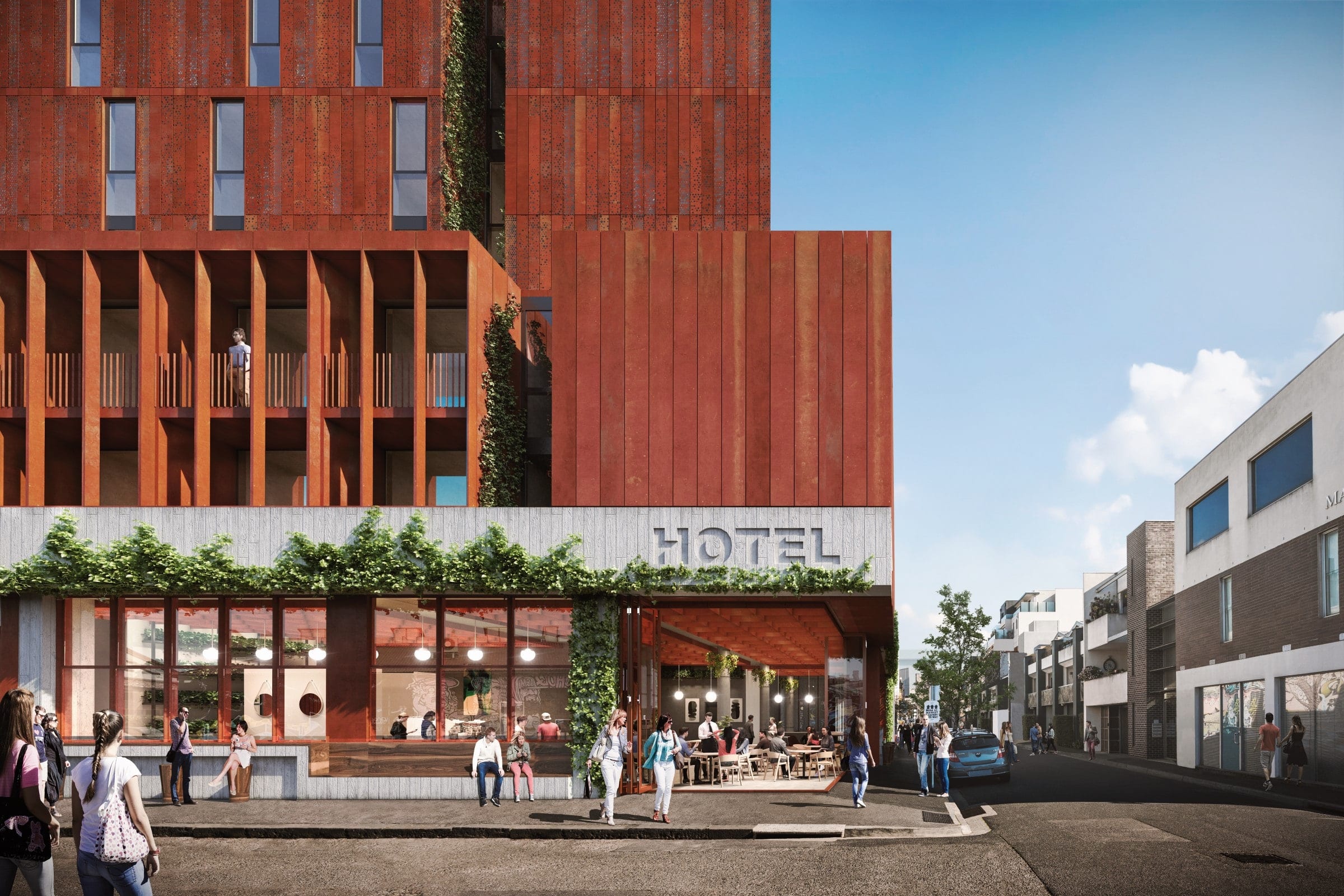 International hotel group The Standard has secured a site for its first Australian outpost, on Rose Street in Fitzroy.

The development is a partnership between The Standard and private developer DealCorp who purchased the site in 2018 and acquired a hotel permit the following year.

The $60 million project will feature architecture by Woods Bagot and interiors by Hecker Guthrie, giving it a distinctive Melbourne feel. It is expected the hotel will be ready to greet its first guests in 2023.

The Standard Fitzroy will be set across seven floors, feature 127 rooms and a common rooftop space.

The hotel’s design will take cues from the local northside architecture, with Woods Bagot principal Peter Miglis hoping to capture the neighbourhood’s artistic and cultural spirit.

“Fitzroy’s history of corner pubs, workers cottages, grand housing and industry inspired our approach to the building’s facades. Weathered steel and concrete are robust, timeless materials that sit comfortably straight away and, over time, will add charm as they patina,” he said.

DealCorp’s history of work in the area includes C.F. Row, a mixed-use development on Napier Street with 50 residences and one cafe, completed in 2017.

Hacer, Hamilton Marino and Ironside are among the builders likely to tender for the hotel.

Hacer was the contractor for C.F. Row in Fitzroy and they are currently building Richmond Quarter valued at approximately $200m.

Hamilton Marino is the appointed builder for MCKN. They are in joint venture to build C&L Hotels in Collingwood and they were recently chosen as preferred contractor for Kennedy Place in Richmond.

Ironside is the appointed builder for Tim Gurner’s Atelier Hotel in Collingwood valued at $120m and currently under construction.