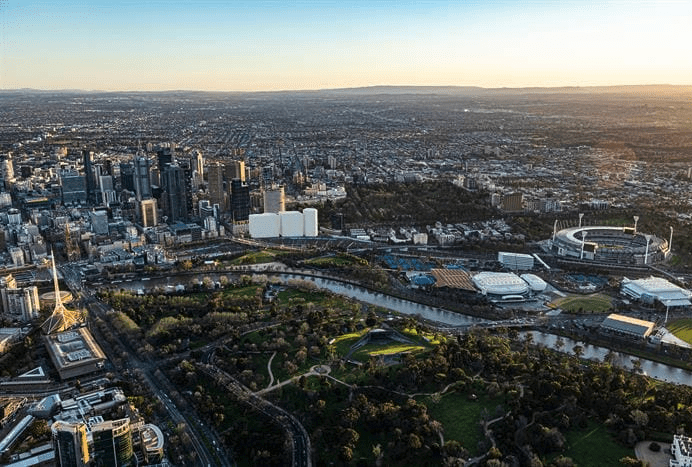 The competition to develop an otherwise unused parcel of land in the southeast pocket of the CBD has gained momentum this week.

A number of key commercial developers are in the process of submitting tenders for the VicTrack site named Treasury Square, which runs from the intersection of Exhibition and Flinders Streets to Wellington Parade South.

The project is luring some major players in the development industry, thanks to the site’s lucrative nature, and the unique development opportunity it presents.

Treasurer Tim Pallas said “this site offers more businesses the chance to relocate to Melbourne’s CBD, where space is tightly held and at a premium.”

The 13,600sq m site, which sits on the rail corridor, has the potential to create a gross 160,000sq m, 130,000sq m of which could be lettable area, with the Andrews Government touting potential hotels, apartment or offices as occupants.

Minister for Transport Infrastructure Jacinta Allen called for expressions of interest on 10 October, with applications due Friday 8th of November. Five shortlisted bidders will be selected in the new year, with final tender submissions due in February.

Notable applicants include a consortium of John Holland, Dexus, NDY and Bates Smart; ISPT in partnership with Probuild and Laing O’Rourke; Lendlease with John Wardle Architects and Brookfield, Multiplex, Aurecon and Architectus.

Other developers in the running include Charter Hall, currently developing the Wesley Place precinct on Lonsdale Street, and Cbus Property, teamed with Woods Bagot.

There is potential for three commercial towers on the site, however overshadowing concessions for neighbouring Birrarung Marr park could limit their height.

Revenue from the project, which once complete could be valued at $2bn, will go toward the Andrews Government’s $70bn transport infrastructure plan.

“We’re getting on and delivering $70 billion worth of new transport infrastructure across Victoria. Developing this prime piece of CBD real estate will allow us to continue investing in the transport services Victorians need,” said Minister Allen.

Whether you’re looking for the latest in construction jobs or construction news, Conecta has everything you need. Creating your free profile takes 3 minutes. Sign up now.