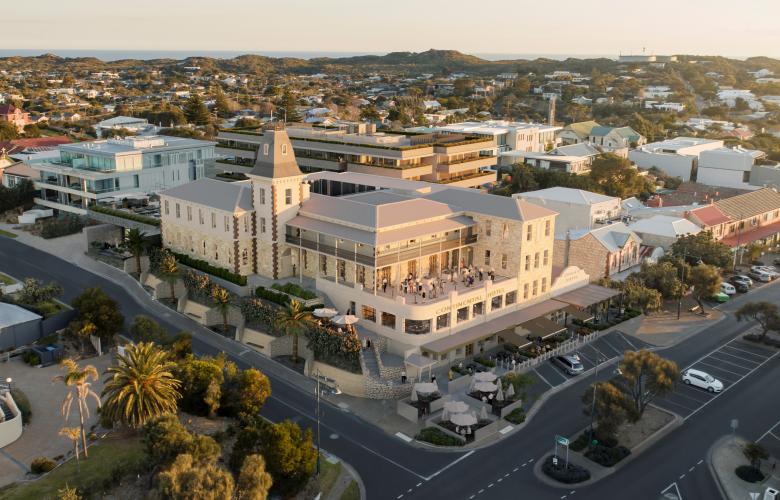 Trenerry Property Group will take over the development of the Sorrento’s iconic Continental Hotel after securing a recent sale of the site.

In October of 2019, we reported that The Continental Hotel was part-way through a $100m renovation with the developer Steller, when plans came to an abrupt finish.

It is reported that the property was once sold to LBA Capital for a reported $21m and has now been sold to Trenerry for $14.5m.

Trenerry Property Group will now take on the heritage-listed, 4482 square metre site and has plans to incorporate luxury hotel and food and beverage premises which are currently under review.

It has been reported that Trenerry negotiated the deal to purchase the property with Guy Wells and Trent Hobart from Colliers International who was appointed to handle the sale.

“The property will be sold and it gives individuals, investors and developers the opportunity to bring The Continental back to life,” Mr Wells said.

In July we reported that Hacer was announced the builder for Grocon’s new Richmond Quarter project valued at approximately $200m which is now in construction.