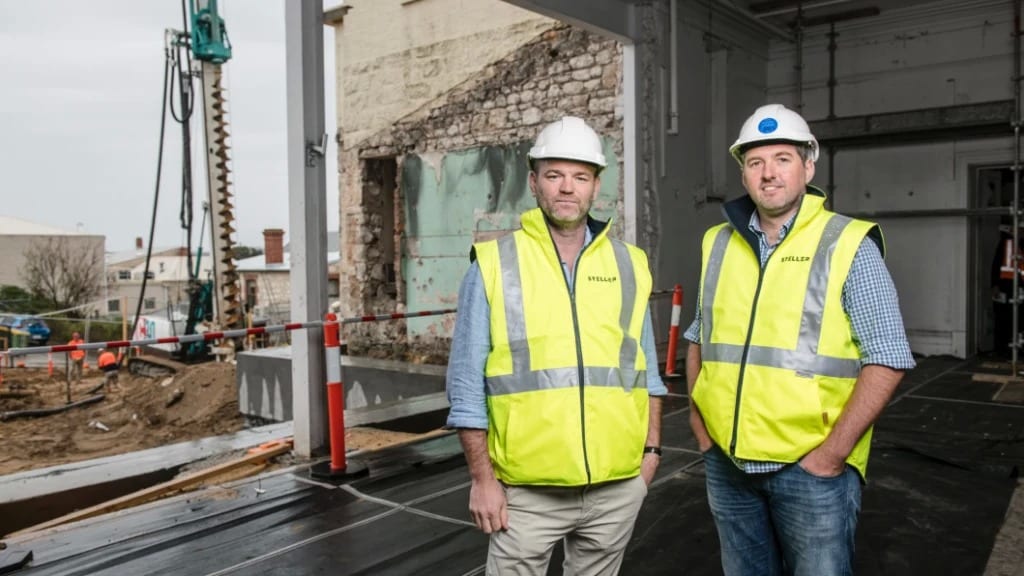 One of Melbourne’s newest and fastest growing developers, Steller, underwent a rebrand just days before co-founders announced plans to dissolve their partnership.

In May 2019, Simon Pitard and Nicholas Smedley delivered the news that the company would dissolve and sell off its remaining assets and pipeline.

Company records from May 1st reveal that Steller Built changed its name to Goliath Construction.

Steller Built was not one of Steller Development’s 13-company joint venture portfolios. It is also not one of the companies that has gone into receivership.

Goliath’s new website states that the “Melbourne Based Luxury Builder” belongs to Mr Burriss, with no mention of Mrs Pitard.

The company name change was detected by a savvy Twitter user on June 25th, who asked: “Hi is this Steller Built Pty Ltd? You’ve got the same ACN as the failed construction company reported in the news.”

Goliath’s website lists its “under construction” projects, including former Steller mixed-use development at 51-461 Hampton Street, Hampton. The Hampton construction site is currently for sale, and is expected to raise between $25 million and $27 million.

The demise of Steller Developers has been one of Australia’s largest ever private developer failures. The company’s end is expected to impact the numerous companies that have partnered with Steller on construction projects, and the residential construction and development industry as a whole.

In May, construction ceased at one of Steller’s most eminent redevelopments — The Continental Hotel in Sorrento— putting 76 workers out of a job.

At its prime, Steller functioned as developer, builder and fund manager for many of its projects.