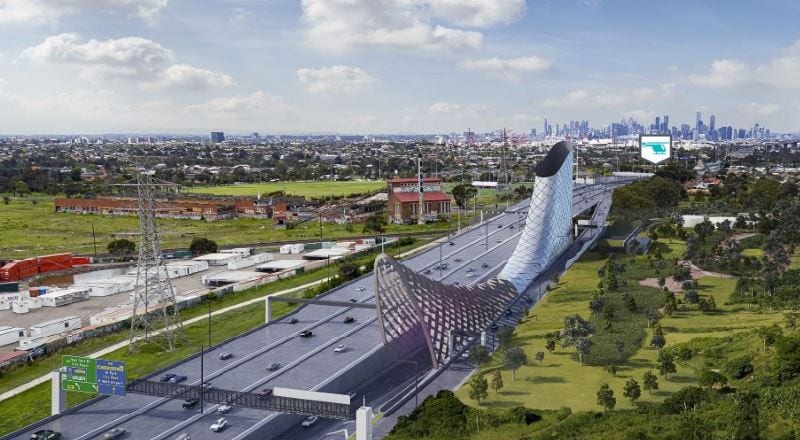 Right now, the first of two Tunnel Boring Machines (TBM) are headed for Melbourne in preparation to begin building the West Gate Tunnel.

As promised by both governments in the election lead-up, the much-awaited plans for the West Gate Tunnel are finally coming to fruition for West Melbournians. The Labour Government is delivering the project after much consideration, and push from the public.

In this article, we’ll cover what is involved in undertaking such a massive project, and the opportunities it’s creating.

Firstly, a steel frame is being installed for the massive 90 metre x 180 metre shed being built at the Yarraville tunneling hub site. This shed is built as a facility to process thousands of tonnes of dirt and rock to be excavated during construction of only the northern portal of the tunnel.

“This shed will mean less noise and less dust during construction for local residents – we’ll do whatever we can to limit the disruption to locals while this urgently needed project is being built,” says Member for Footscray Katie Hall.

Currently, the tunnel entrance to the northern portal site is being created to enable the TBMs to begin work.

The TBMs have been named after powerful influential women. The first is Bella, after Bella Guerin the first woman to graduate from an Australian university. The second is Vida, after Vida Goldstein, the first woman ever to run for Parliament.

The TBMs themselves will be 90 metres long and weigh up to 4,000 tonnes each. Standing at 15.6 metres tall, they would be equal height with the dome of Flinders Street Station.

The West Gate Tunnel project will create 6,000 new jobs for Victoria, and amongst employment opportunities, it will solve several issues for travelling to and from the west of Melbourne.

“The West Gate Tunnel will bring enormous benefits to our community, slashing travel times so locals can get home sooner and safer and improving bike paths and trails for cyclists,” says Member for Williamstown Melissa Horne.