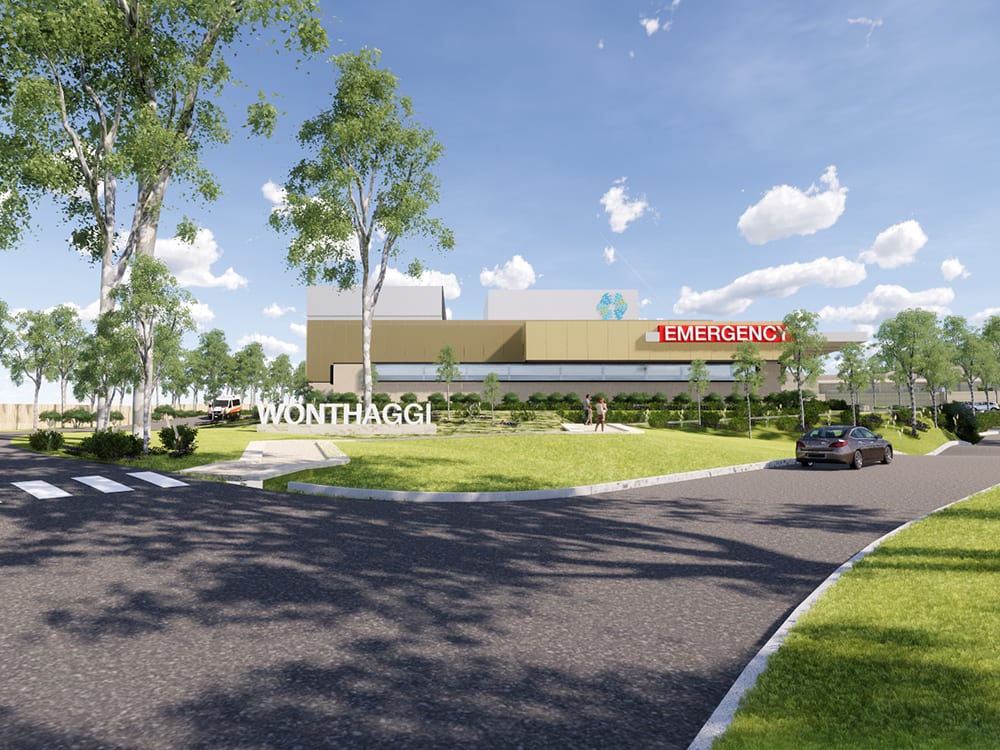 The expansion will include building 18 new treatment spaces, a new procedure room, three operating theatres and a 32-bed ward for inpatients.

Earlier this year we reported that the state government had committed $562m to improve the Frankston Hospital.

As Victoria sees its regional populations increase rapidly, more attention has been placed on improving these towns’ medical infrastructures.

Wonthaggi’s population increases by approximately 1.6% per year and is said to be one of Victoria’s fastest-growing regions.

Wonthaggi-based, TS Constructions was elected as the preferred early works builder and is mid-construction of a new Cancer Care Centre valued at $2.1m.

Major works as part of the expansion are expected to commence in late 2020.

To date, ADCO Constructions has developed space for 1,800 hospital beds nationally. Their local work in health ranges from building St Vincent’s Private Hospital in Werribee to a $25m development at Malvern Hospital.

Kane Constructions has worked on many local hospital developments including, the $120m Gandel Wing at the Cabrini Malvern, The Epworth Richmond Lee Wing redevelopment valued at $119m, and the Dandenong Hospital emergency department project valued at $25m.

Construction is due to be completed in early 2023.