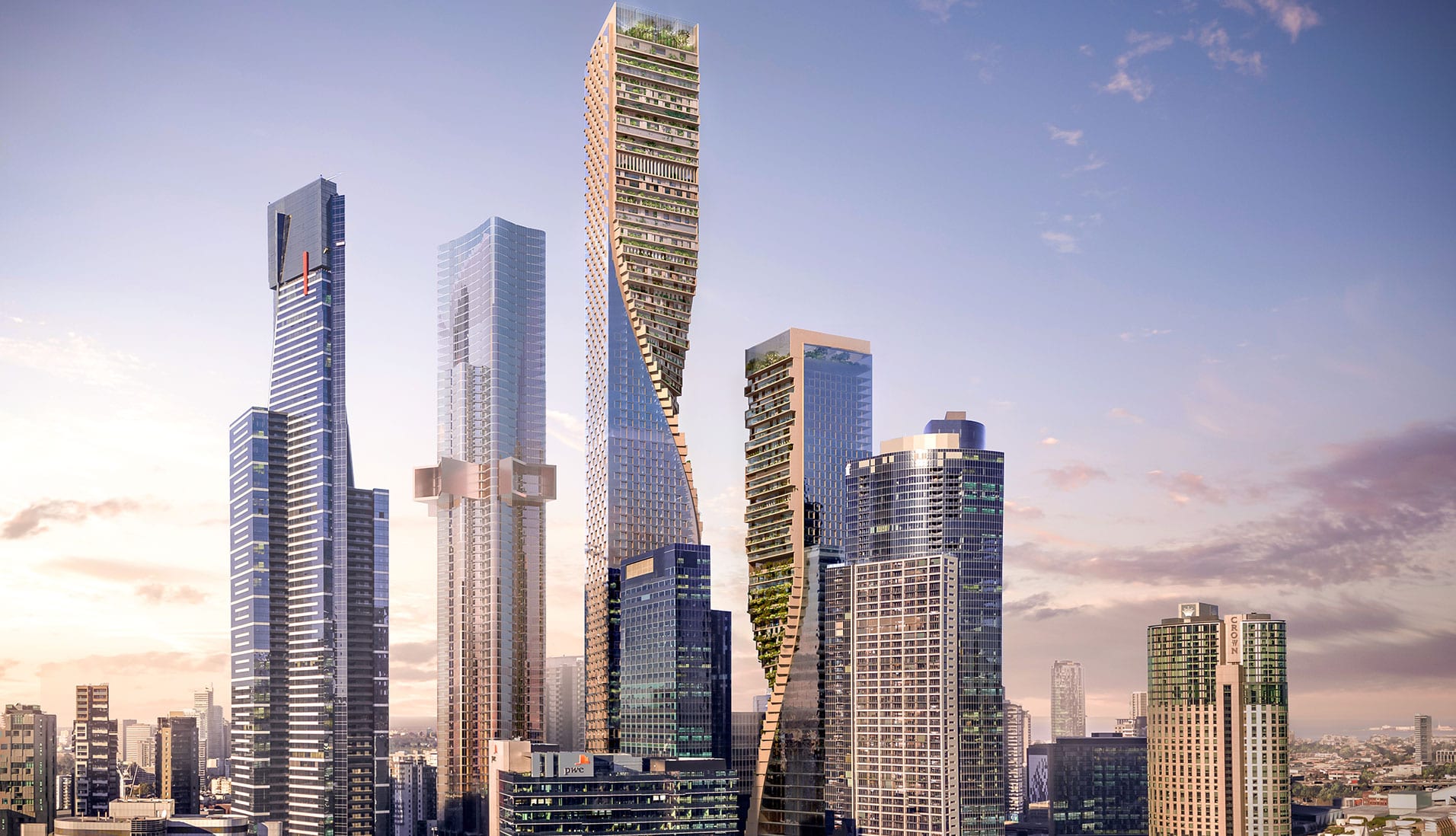 2020 is going to be a busy year for Victorian construction, with so many high-profile and innovative projects going up in and around Melbourne. We’ve selected four exciting high profile projects, as we welcome in the new year with a construction project round up.

Developers of the 15,000-seat arena are the Western Melbourne Group together with the Wyndham City Council, while the builder is Western United’s primary sponsor Probuild. Due to launch early this year, the project has an ambitious completion date of 2021, just 21 months after commencement.

Designed for millennial workers, the “non-office office” building at Market Lane is already taking shape. Due for completion early this year, the eco-friendly multi-level construction in South Melbourne is being built and developed by Hickory.

Not the first gutsy development from Hickory Group, the seasoned construction giant has recently completed such projects as the redevelopment of historic Collins House in Melbourne.

A first of its kind for the Melbourne-based developer, Brady have recently completed mostly residential projects and are self-touted experts in the Melbourne CBD.

With its magnificent glass facade already installed, 380 Melbourne will hand over this year to high-end apartment owners and Melbourne’s third Intercontinental hotel.

Will this exciting new building deliver on its promise and grace our skyline with an iconic twist of vertical green space? We’re looking forward to seeing this project go to market in 2020.

In an update on Thursday 27th February, the Southbank mega tower was given the green light by Melbourne City Council pending a list of conditions.

Final approval will be given by the state government in conjunction with aviation authorities.

Looking for a change of pace in 2020? Conecta can put you in touch with the right people in the right places. Create your free profile today.