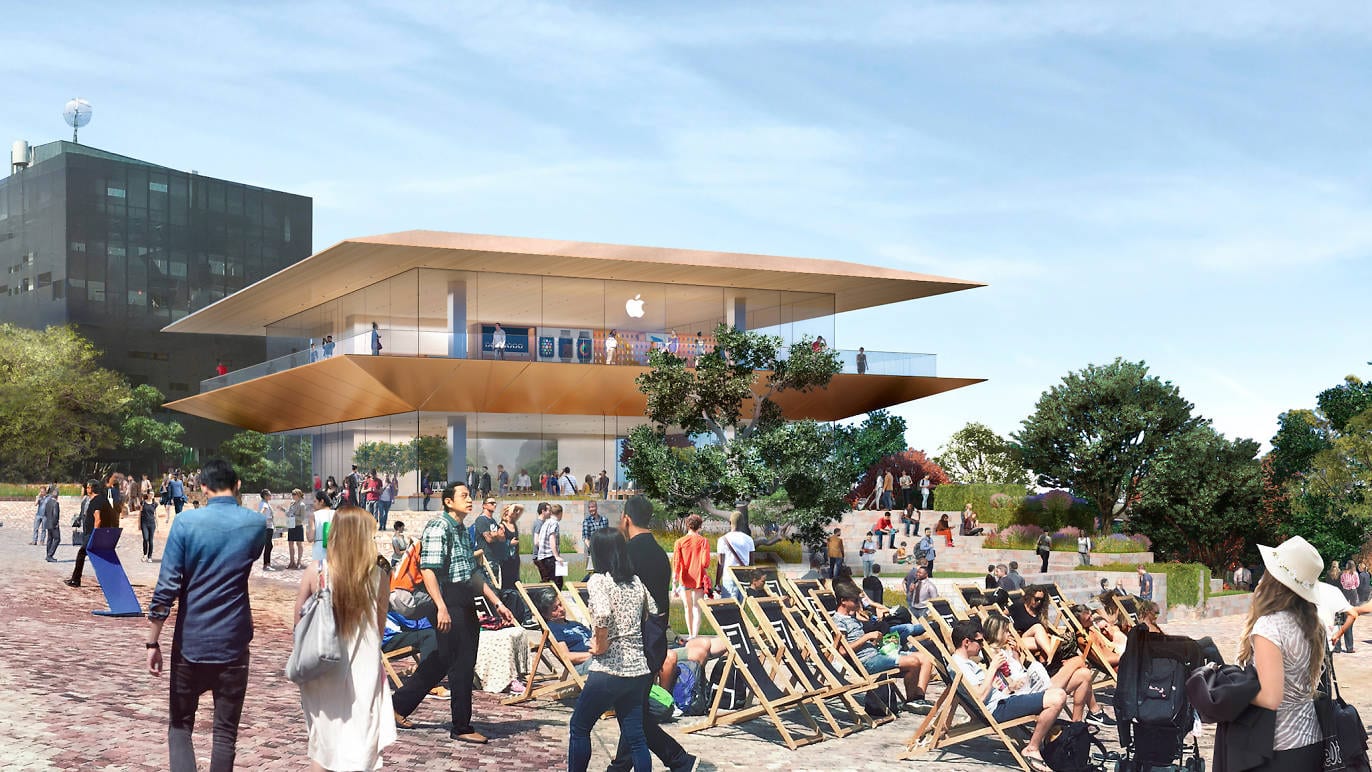 Federation Square management has submitted a new permit application to demolish the Yarra building, making way for the construction of a flagship Apple Store on the site.

Initially confirmed by the Andrews Government in 2017, the controversial project has been met with a fresh wave of scrutiny, as the permit application has led many to believe the project will be rushed to avoid further criticism.

The Apple Global Flagship Store would be one of just five in the world, designed to offer “education and community engagement” as outlined in a heritage impact report compiled by Urbis on behalf of Federation Square. It has been projected to draw an additional 2 million people to the iconic landmark each year.

The Urbis report also suggests that the Yarra building “does not share the high level of design resolution of the other buildings within Federation Square.”

Despite these claims, there remains staunch opposition to the project. A petition campaigning against the store by the lobby group Citizens for Melbourne has garnered more than 100,000 signatures; and Apple was forced to submit revised plans for the store after its original proposal drew more than 800 submissions to the Melbourne City Council from the public in criticism of its original design.

Amongst other critics of the project is the National Trust of Victoria, which has nominated Federation Square for heritage protection.

Speaking on behalf of the Trust, its chief Simon Ambrose labelled the demolition of the Yarra building “unnecessary.”

Ambrose went on to say that The National Trust “has concerns that this proposal is being rushed through before the heritage registration is resolved and ahead of preparing a masterplan or conservation management plan to guide the change.”

Victoria’s Heritage Council is scheduled for community hearings on the project in April, while the new permit application is open for public comment until February 13.