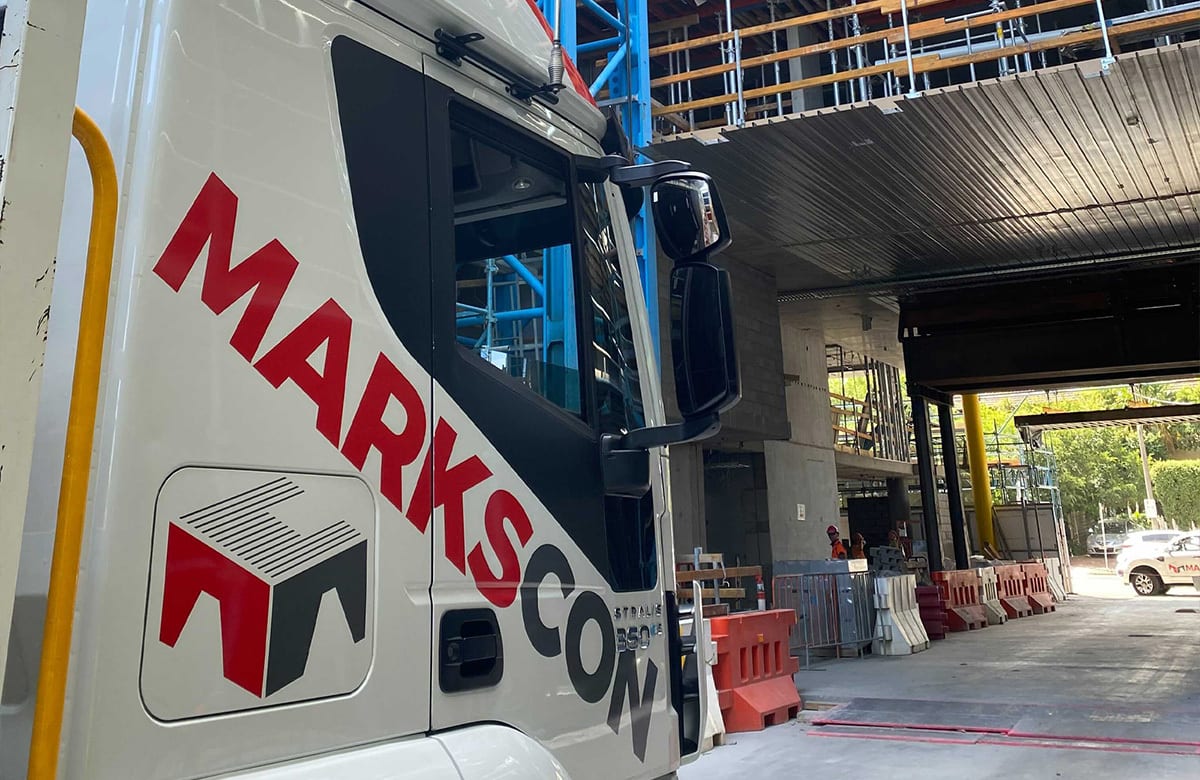 Recently we sat down with Managing Director of Markscon, John Marks. During our chat, we spoke to John about Markscon’s values, cultivating a strong team culture, healthy and fun client relationships, and what drives the business and its people to deliver exceptional results.

Markscon was established in 2013 as a Building Company. Soon after, the concrete & formwork arm followed to service its own building jobs, but also prides itself on partnering with other like-minded builders to construct their basements and concrete structures.

Partnering with some of Melbourne’s best residential and commercial builders to deliver a range of projects has resulted in some great working relationships, John says. The key to a good project? According to John, it comes down to delivering fantastic outcomes, fast. But making it fun along the way.

A true family affair, Markscon is co-owned by John’s brother Sam Marks. Sam is an integral part of the Company, and takes care of the operational side of the business. Sam prides himself on high performance, high quality results. Sam achieves these by working alongside, and on the same level as his employees. More often than not, you’ll find him literally screeding concrete with his crew.

Having someone such as his brother ‘on the tools’ is one of the fundamental differences of the  company, and is an essential aspect of Markscon’s continued success and team culture, John says.

In 2017, Markscon won the MBAV award for Best Multi-Unit Development for a project in Brighton. “I’ve never really won anything, except for the coaches award or most improved in School, so this was pretty cool to be called out as the Winner that night” said John.

Recent projects for Markscon include Nightingale Anstey, a $19 million contract for Nightingale Housing and Breathe Architecture, as well as The Stewart Collective in Brunswick for Lucent Group, which is just shy of a $30 contract.

Leading into Christmas, there are three projects finishing and settling, which are ahead of the program, despite Covid19 delays.

John has a positive outlook post-Covid19 and for 2021. He says a lot of projects will bounce back, which will see a 12-18-month local boom for the residential sector. Why? A combination of jobs having been shelved for most of 2020, little to no Covid infections, first home buyer concessions, stamp duty concessions and general sentiment around the Vaccine and economic outlook in Australia.

“I wouldn’t be surprised if we saw overseas investors see Australia as a safe haven for economic investment and growth, due to being mostly Covid free, compared to the rest of the world” he said.

He even boldly predicted builders may make a good margin next year, “which will be nice for once”.

The Concrete and Formwork side of the Markscon business is steady, but with only a three to six month look ahead, John thinks it will be a quiet start to 2021, as a lot of projects are only restarting, and Christmas is acting as a bit of a barrier.

A lot of the jobs will be ready in the second quarter. John has seen a lot of movement in the Structures sector, with lots of new competition which he finds hard to compete with on the smaller jobs.

With over 200 employees, John is looking to slowly move the Structure business into the Tier 2 and Tier 1 space, where the projects are bigger and require more skilled workers, which better suits Markscon’s model.

We wish Markscon all the best for 2021 and look forward to catching up with them again soon.

For any employment enquiries, please build a Conecta profile here.