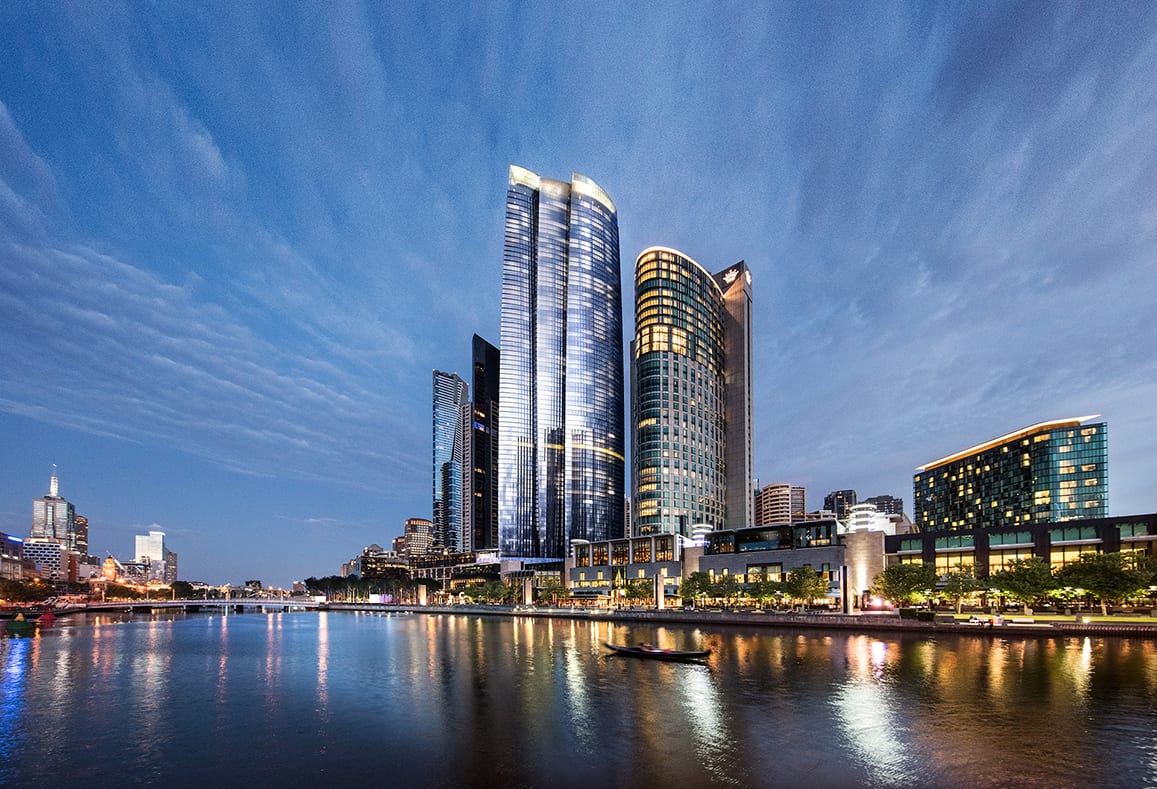 One Queensbridge in Southbank, a project which has been on hold since late last year, might be on course to launch again in 2020.

The project has been on hold since August 2019, when Crown failed to secure adequate funding before a key deadline.

Crown Resorts has since bought out previous partner-developer Schiavello for $80 million in a bid to revive the project, and has submitted fresh planning applications to the Victorian government.

If the $1.75 billion development goes ahead, it will be the nation’s tallest tower, constituting hotels and apartments owned and operated by Australia’s biggest casino company, Crown Resorts.

The development may come to life sooner than people think, and with its total area of 200,000 square metres, is set to become one of the city’s biggest projects.

Approvals were originally granted nearly three years ago by the Andrews government. However that approval was conditional on construction commenced in the first quarter of 2019, and the planning permits have since lapsed.

The approved design featured 708 apartments and a six-star hotel of 388 rooms.

Current designs for One Queensbridge consist of a staggering 90-storeys at a height of 323 metres, and a  pedestrian bridge linking the proposed hotel to the current Crown Casino complex.

The Southbank project would create hundreds of construction and engineering jobs for Victorians, in addition to an ongoing economic and tourism benefit to the state.

The tower has been designed by London architectural firm Wilkinson Eyre, who also designed the Crown residences at One Barangaroo in Sydney. Like One Barangaroo, One Queensbridge promises to contribute a chic design to the city skyline, with stunning waterfront views for its guests and residents.

“Crown Melbourne is the heart of Crown and will always be so,” said Crown’s chief, James Packer, during his visit to Melbourne this month.

“Queensbridge is the future for the Crown Melbourne precinct and we are hoping to work with the Victorian government to seek fresh approval for what will be a great development for the city,” said Mr Packer.

Since taking the reins, Crown is hoping to add a fourth hotel to the site.

Would you like to be tapped on the shoulder to work on One Queensbridge? Create your Conecta profile today to be head-hunted by leading building & construction companies.