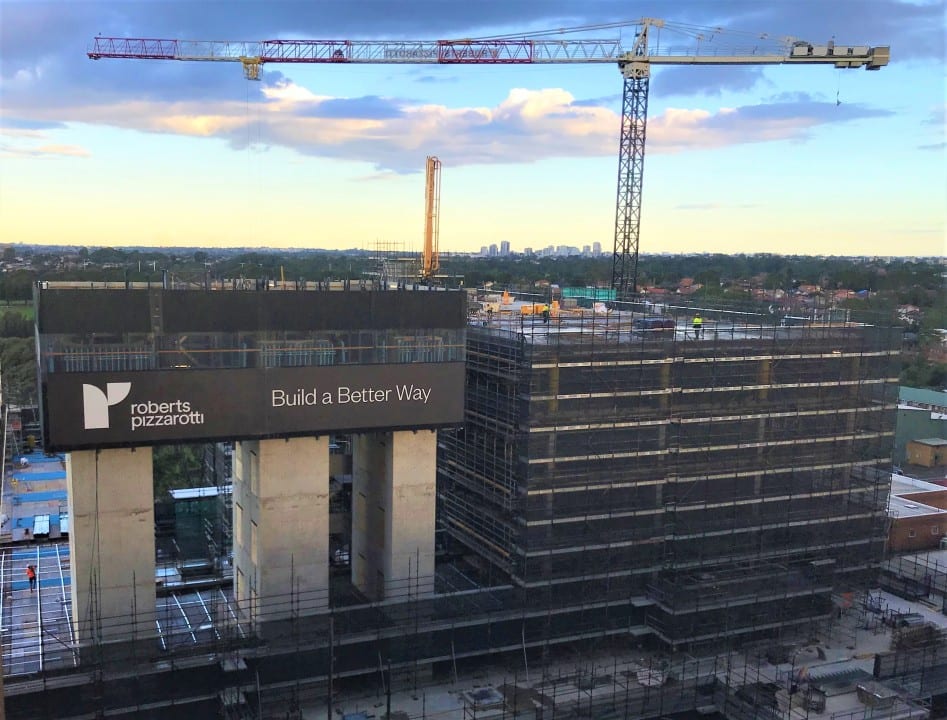 Andrew Roberts has bought out Italian Impresa Pizzarotti’s 50 per cent stake in Roberts Pizzarotti. The builder will now be known as Roberts Co.

Founded just four years ago as a privately funded joint venture between the Roberts and Pizzarotti families, the company has a number of high-profile builds under its belt, having topped out three projects in 2020, including Sydney’s $153 million Zurich Tower.

Roberts Co has a full pipeline of big-budget healthcare projects, currently completing the $218 million Concord Hospital redevelopment and $113 million North Shore Health Hub which both topped out in late 2020. The builder is also delivering Stage 1 of the Liverpool Hospital in Sydney’s west.

Differing interests led to the Italian company’s exit from the venture.

The purchase of the half-stake will position Roberts Co as one of few locally-owned builders large enough to bid for $100m+ projects in Australia, alongside Hutchies, Kane, Hansen Yuncken and ADCO.

Being totally Australian-owned presents Roberts Co with an opportunity to leverage itself to tender on its own for more high-profile civic and government contracts.

The Sydney Tier 1 market is dominated by overseas-owned builders such as Watpac, which was bought by Belgian Besix in 2020 and Probuild, which is currently held by South African WBHO, and whose sale was blocked last month by the treasurer over fears for national security.

Roberts Co will now no doubt benefit from government efforts to diversify contracts and allow more mid-tier builders to participate in Commonwealth projects.

Despite being a new venture for a storied construction family, Roberts Co has not adopted any legacy systems, instead focusing on being a young, agile builder with Tier-1 experience.

Mirams has pioneered the company’s focus on mental wellbeing and productivity, advocating for a 5-day working week, which has been introduced at its Concord Hospital site.

Roberts Co was also the first building company to sign the CFMEU’s EBA which includes a concession for a five day working week and a 5 per cent pay rise per year.

The company is also taking strides for gender equality, boasting an executive team made up of 65 per cent women, with the workforce at 32 per cent.

The National Association of Women in Construction awarded Alison Mirams the 2018 Business Woman of the Year, with then-president citing Mirams’ achievements as a clear expression of the progress being made by Australian women in construction.

Women make up only 12 per cent of the construction workforce in Australia, so Roberts Co’s strong female leadership is forging a promising path for the industry.

There are a number of initiatives for improving conditions for women in construction and encouraging greater female participation, such as MBA’s Building Women program, Top 100 Women and networking groups like Women in Design and Construction, co-founded by millennial construction professionals and run entirely by women.