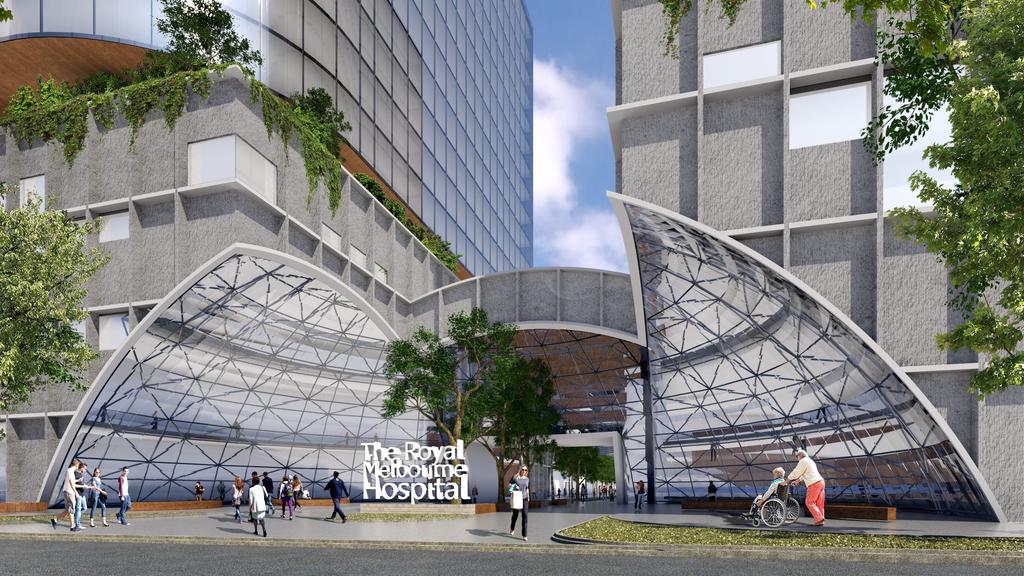 The Royal Melbourne Hospital is set to be redeveloped as the centrepiece of Australia’s biggest health medical infrastructure project.

The state government will soon announce its staged plans to redevelop the current Parkville medical precinct.

The Arden Urban Renewal Precinct project, to be completed in neighbouring North Melbourne, will house a new campus of the adjoining Royal Women’s Hospital.

The plans have been described as Australia’s biggest health building program yet, and works are expected to be valued at billions once completed.

The two hospitals will be linked via the long-awaited metro tunnel project, which will see Parkville and Arden stations connected to the campuses.

Martin Foley, Health Minister for Victoria has confirmed the plans, with $10m set aside for planning.

“We are getting on with delivering the largest pipeline of health projects in Victoria’s history, so people can get the best, high-quality treatment and care, no matter where they live.”

This is a continuation of many pivotal plans made by the state government to create a world-class health precinct in Melbourne, including the delivery of 144 new acute public hospital mental health beds across the state valued at $492m, and;

The building of the new vaccine plant in Melbourne Airport Business Park, which will create over 520 new construction jobs.

The current Royal Melbourne Hospital, which is the state’s largest trauma hospital and treats 200,000 patients per year, was built in 1942.

Mr. Foley announced “the Royal Melbourne and Royal Women’s hospitals are at the heart of our world-leading medical and research precincts — this planning funding will help determine what needs to be done to ensure they are providing the best cutting-edge care for generations to come.”

The plans are expected to take several years to complete, however remain integral to handle the growing demand for the hospitals’ services which are expected to increase by up to 30 percent by 2032.