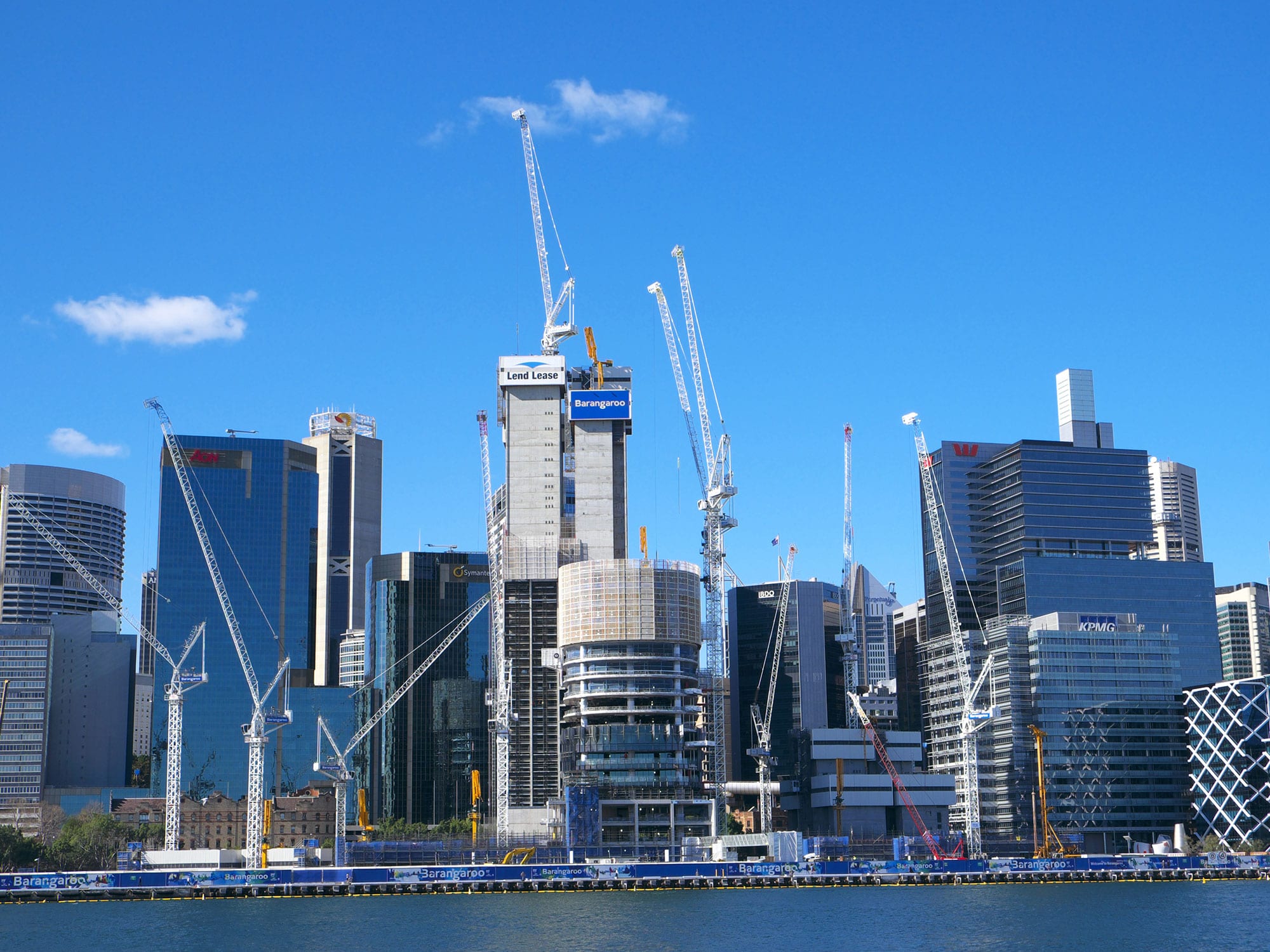 Sydney has continued to eclipse Melbourne as Australia’s crane capital, counting 319 in its skyline, according to the most recent Rider Levett Bucknall Crane Index.

189 cranes have been added to sites around Sydney in the past six months, while the inner city itself saw 9 new net additions.

According to director of research and development for RLB, Domenic Schiafone, Sydney’s rising crane count comes as a result of increased government spending on transport.

“The ongoing changes in government’s infrastructure spending and planning schemes is evident as the location of cranes gravitate along key city transportation corridors and activity centres,” he said.

The past six months also saw 180 cranes removed from the sky Australia-wide, indicative of completed projects in all major cities.

Melbourne’s total crane count, which peaked at 222 in the March report, contracted for the first time in three years, down to 213.

60 per cent of Melbourne’s cranes are located centrally, in the CBD and inner suburbs, with residential builds in 43 suburbs requiring 145 cranes. This is a decrease from the March report, which noted cranes in 69 suburbs.

94 cranes were added to Melbourne’s skyline, and 103 removed. Any increases were seen only in inner Melbourne, with all other regions experiencing a decline.

Residential developments were found to account for 64 per cent of all cranes in inner Melbourne.

RLB also found construction work done in Victoria rose 4.4 per cent in chain volume this past financial year, recording a 4.9 per cent increase in the building sector.