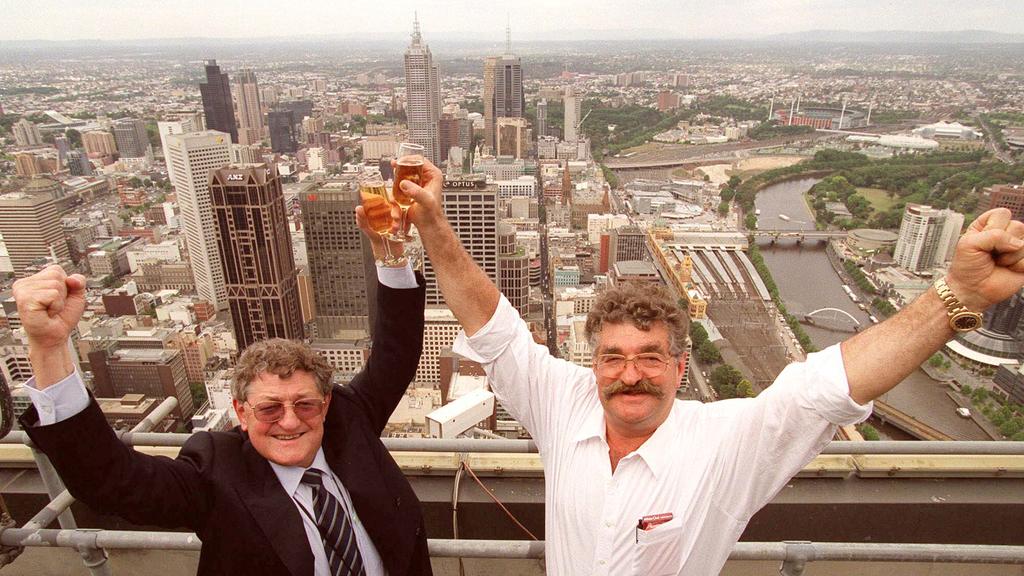 With the recent announcement that Grocon Group purchased Marvel Stadium’s neighbouring site worth $65m, it got us thinking about the Grollo family and Bruno Grollo’s infamous Melbourne skyscraper that never made it out of the ground; Whatever did happen to the Grollo Tower project?

Way back in the late ’90s, Bruno Grollo, the self-made millionaire and owner of Australia’s largest independently owned builder, Grocon, had a vision: He proposed to build the world’s tallest tower in Melbourne’s industrial Docklands.

Grocon already held the title of the Southern Hemisphere’s largest office building after successful completion of the 242m tall Rialto in 1986, but Grollo had grander plans in mind.

A first-generation Italian, Grollo’s billion-dollar skyscraper would span 113 floors into the air, 560m and would become a Melbourne iconic landmark. It would feature a sky garden, office spaces, hotel rooms and shops and Grollo was willing to fund the project entirely on his own.

Grollo’s vision for the tower didn’t stop there though. He was going after the accolade of building the ‘world’s tallest tower’, which was currently held by the Petronas Towers in Kuala Lumpur at 452m high.

At the time, Melbourne’s iconic landmarks were less extravagant, such as Southgate and Flinders Street Station, and Melbournians were on the lookout for ways to step out of Sydney’s shadow and increase Melbourne’s architectural presence on the world stage. So, when Grollo put his project plans out to public vote, more than 70% of Melbourne voted in favour of building his skyscraper.

Michael Loterzo, Grocon’s former State Operations Manager, fondly recalls the scale architectural models commissioned during the mid-1990s. One model was created by the famous Austrian-born Sydney architect Harry Seidler, and the other by Denton Corker Marshall whose portfolio includes The Melbourne Museum and The Bolte Bridge.

So what happened? With such a vision for his city and the people of Melbourne on board, why isn’t Grollo Tower part of the Melbourne Skyline today? What transpired to crush Grollo’s vision and ensure his Melbourne skyscraper remained built on paper only?

Some believed the Tower would cause ‘Tokyo syndrome’, casting shadows over nearby private property for up to ten kilometres due to its wide design. According to Urban.com.au, It’s also speculated that a failed payment of $30m to the Docklands Authority & possible tax issues may have fuelled industry concerns and ultimately led to the Dockland project being rejected.

Not to be thwarted in his quest to build the world’s tallest tower, Grollo reignited his plans in 2003, this time setting his sights on Dubai. Grocon went on to sign a deal with Dubai’s biggest developers, Emaar Properties, and Grollo set about making his dream a reality.

The Grollo Tower would now be the world’s tallest tower in the Middle Eastern capital, this time named Burj Dubai. (now Burj Khalifa).

It was a massive win for Grocon and the Grollo family, who had spent five years and millions developing the concept. The tower was constructed by Samsung C&T & Besix and funded by Sheikh Khalifa, the ruler of the United Arab Emirates.

Grollo, now 78 and retired, has a net worth of $702m and Grocon is led by his son, Daniel, as CEO and Chairman. The group has gone on to build Melbourne’s Eureka Tower, The Emporium, The MCG and QV. Their projects have made them Melbourne CBD developer & construction giants and an Australian household name.

Recently, Grocon purchased space next to Marvel Stadium in a $67m deal with the AFL. This is the latest move for Grocon as they continue to move toward residential high-density developments (designed for renters).